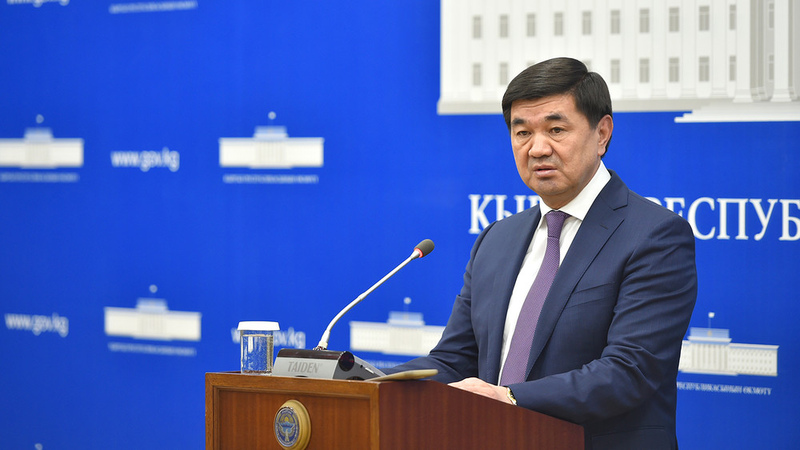 Earlier the Security Council decided to recommend the Prime Minister to declare an emergency situation in Kyrgyzstan from March 22 for one month.

As of the morning of March 21, 12 cases of coronavirus have been officially confirmed in Kyrgyzstan's Osh, Jalal-Abad and Batken regions. Nookat and Suzak districts declared an emergency situation and were locked down.

During the government session on March 21, Abilgaziyev said the government starts implementing the plan, which includes the entire list and procedure of actions of all the involved state bodies in the introduction of the emergency situation regime.

"he plan includes deployment of roadblocks in the capital and the regions, defines the routes of delivery of essential goods and medicines, the procedure for domestic flights, public transport, grocery stores and pharmacies.

"We do not have any problems with the supply of goods from abroad, so citizens should not face any shortage of products and medicines anywhere," stressed Abilgaziyev.

Prime Minister noted that special attention should be paid to the cities of Bishkek and Osh, as well as districts, where coronavirus cases are recorded.

The meeting also discussed issues related to the adoption of measures to ensure a sufficient number of places to receive all patients, as well as express tests, which give a result within 20 minutes.

As the mass media were not included in the list of permitted activities during the state of emergency in Kyrgyzstan, AKIpress apologizes to its readers for reduced promptness and coverage of news.
Related content
Emergency situation recommended to be declared in Kyrgyzstan, local elections postponed: Security Council
35 roadblocks set up in Nookat after declaration of emergency over COVID-19