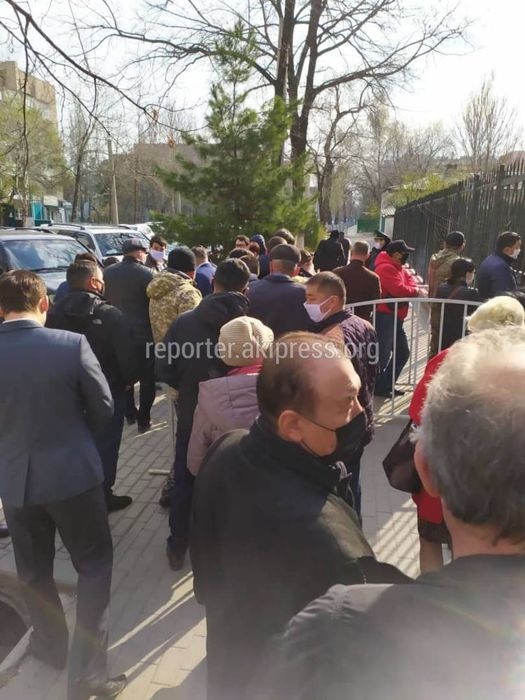 AKIPRESS.COM - People lined up for special passes outside the Bishkek commandant's office second day in a row, an eyewitness said.

"Entrepreneurs are standing in queue for passes. They will increase in numbers. But sanitary norms are not observed at all. People stand close to each other without observing 1 m distance," the eyewitness told AKIpress.