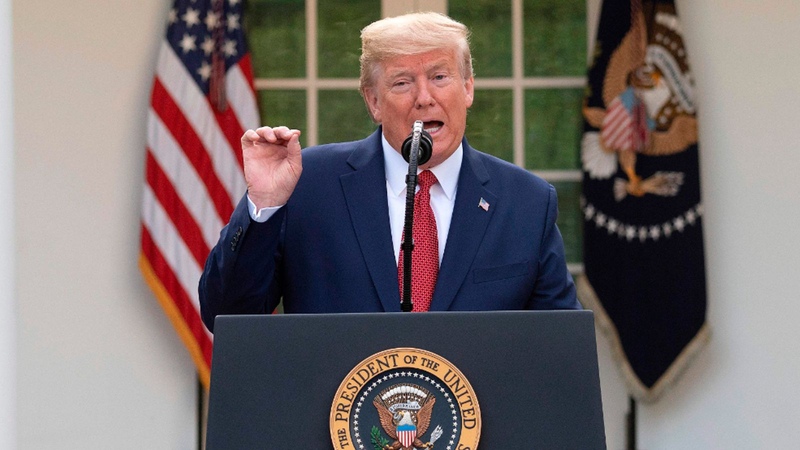 AKIPRESS.COM - Donald Trump has said coronavirus deaths in the US are expected to peak in two weeks - as his top scientific adviser warned the outbreak could kill up to 200,000 Americans, Sky News reports.

The US president announced he was extending the 15-day period of social distancing in the country, which was due to expire on Monday, until 30 April.

In a briefing at the White House, Mr Trump said his remarks last week that he wanted the US economy running again by Easter were "aspirational".

"The modelling estimates that the peak in the death rate is likely to hit in two weeks," he said

"The better you do, the faster this whole nightmare will end. Therefore we'll be extending our guidelines to April 30th to slow the spread."

The US has the most coronavirus cases in the world, with more than 136,000 suspected and confirmed infections, according to Johns Hopkins University, which is tracking the outbreak.

More than 2,400 people who have contracted COVID-19 have died in the US. At least 1,026 deaths have been recorded in New York.