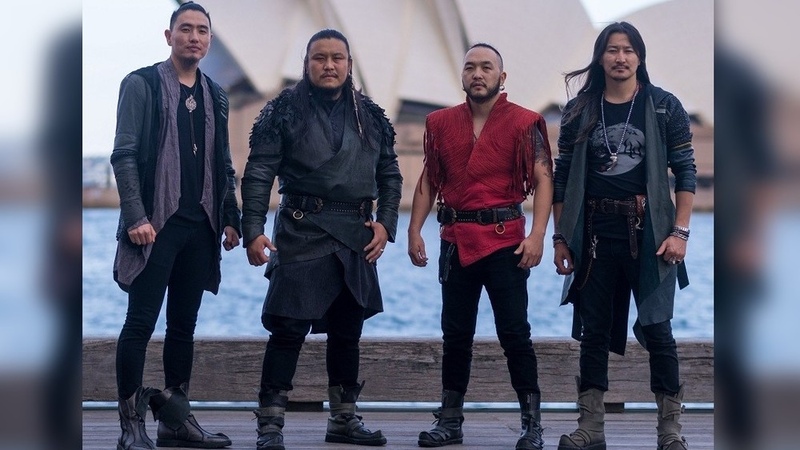 AKIPRESS.COM - Mongolian metal band The Hu are stranded in Australia after their home country suspended travel to and from outside countries, Loudwire reports.

The band is now hunkered down at an Airbnb in the Sydney area, attempting to save money after being forced to cancel two months worth of touring.

The Hu were in the middle of a tour of Australia when a nationwide mandate banned public gatherings of more than 500 people. More recently, Australia has now narrowed “non-essential gatherings” to less than 100 people, while Mongolia has locked down all commercial flights until at least March 28.

"They have been bringing in people who are stuck in airports and stuff," lead singer Gala says about possibly getting home sooner. "Even though they closed the border, they are sending private charters to bring Mongolian people in. Our producer was stuck in Istanbul, Turkey, and he got back to Mongolia two days ago. Mongolia has closed its borders until the 28th, but we are talking to our government and the Mongolian embassy in Australia to try to get to Mongolia before then with a private charter. The border is closed, but there are certain exceptions."

If the Hu are able to return to Mongolia early, they will be forced to undergo quarantine for 14 days before being able to go home and see loved ones.

"We want to stay healthy and get through," Gala tells Billboard. "There's a Mongolian saying: 'If you're heart is in the right place, everything will be good.' We believe that we'll get through this, and after all this crisis we will pick up where we left off and just keep going. Hopefully, we're going to finish up our second album."

"Let's just face it in a smart way and try to stay healthy," says fellow Hu member Jaya. "Music is powerful because when you're stressed your immune system goes down, and it doesn't help with this kind of virus. Please listen to good music and be happy, be careful, and wash your hands. We will get through this sooner or later. Let's do it together."

The Hu’s debut album, The Gereg, has been extremely successful since its release in 2019, with the singles “Yuve Yuve Yu” and “Wolf Totem” receiving tens of millions of views each on YouTube.