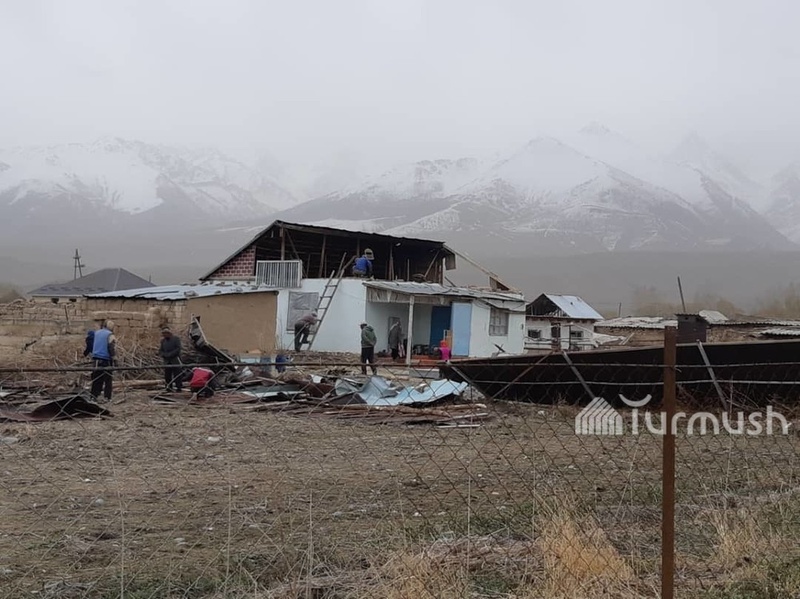 The wind started April 8 afternoon and became strong by night. As a result, some villagers had their barns destroyed, while others had their houses' roofs torn down.

The At-Bashi district department of the Ministry of Emergency Situations reported that a strong wind storm was recorded in the area on the night of April 8-9. The wind speed was 23-25 meters per second.

The district state administration said that committees have now been set up in all villages of At-Bashi to calculate the damage caused.