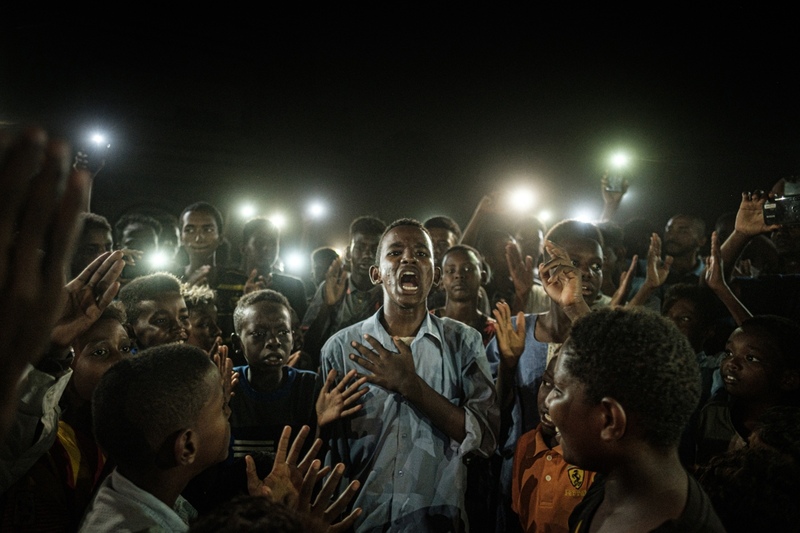 The coveted title of World Press Photo of the Year was given to the Winner of the Global News category, a powerful photograph by Japanese photographer Yasuyoshi Chiba, Chief Photographer for East Africa at Agence-France Presse.

The photo, titled “Straight Voice,” shows a young man reciting protest poetry during a blackout in Sudan, his face illuminated by the smartphone flashlights of the demonstrators surrounding him:

“This moment was the only peaceful group protest I encountered during my stay,” recalls Chiba. “I felt their undefeated solidarity like burning embers that remain to flare up again.”

World Press Photo Story of the Year was awarded to photographer Romain Laurendeau, for his series “Kho, the Genesis of a Revolt,” which also won the Long-Term Projects category. The series of photographs captures the story of Algeria’s youth and how they were able to spark “the largest protest movement in Algeria in decades.”