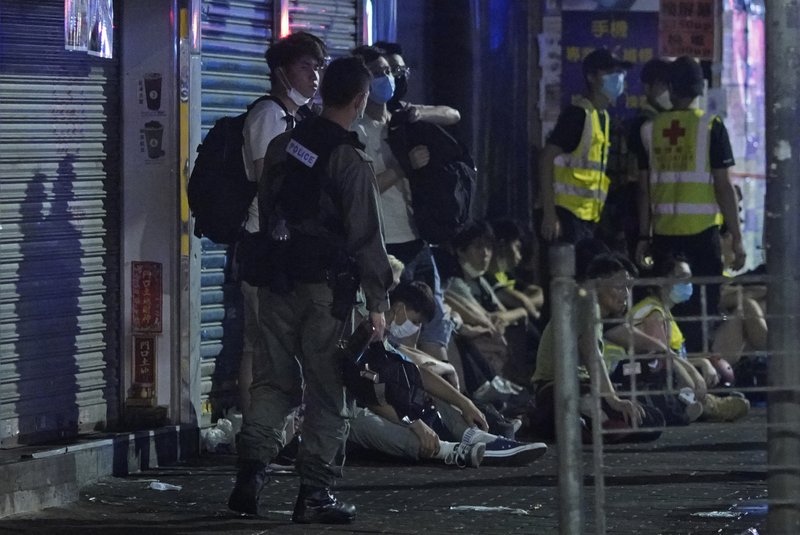 AKIPRESS.COM - More than 200 people were arrested during anti-government protests in Hong Kong on Sunday night, police said, as authorities seek to prevent a revival of last year’s massive demonstrations, including through the application of anti-social gathering regulations intended to contain the coronavirus outbreak, AP reports.

Around 230 people between the ages of 12 and 65 were arrested on a range of charges, including unlawful assembly, “possessing anything with intent to destroy or damage property” and failure to produce proof of identity, police said in a statement.

Another 19 people were ticketed for having violated the Prevention and Control of Disease Regulation, which prohibits gatherings of more than eight people in any public space, the statement said. At one point, police used pepper rounds to disperse people who had surrounded officers, it said.