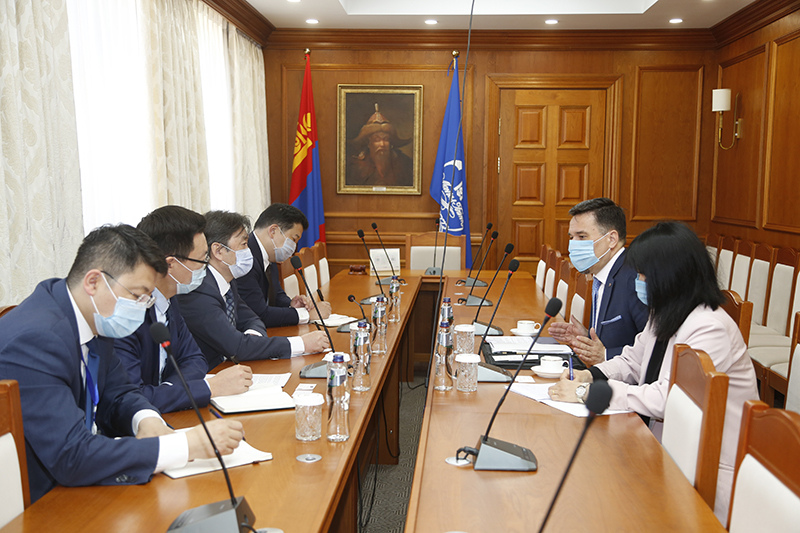 AKIPRESS.COM - Governor of the Bank of Mongolia (BoM) B.Lhagvasuren held a meeting with European Union Ambassador to Mongolia Traian Hristea on May 14, Montsame reports.

At the beginning of the meeting, Governor of the BoM B.Lhagvasuren said that Mongolia is putting much effort at all levels to be removed from the FATF’s list of countries with strategic deficiencies, and said Mongolia intends to be removed from the list within this year. He also provided brief information on the economic and financial sector of Mongolia and the measures being taken by the BoM.

Ambassador Traian Hristea stressed that the European Union does not issue a "black and gray list" of third countries by color, but a list of countries that lack a strategy to combat money laundering.

Although the European Commission has decided to include Mongolia in the list, it will be discussed by the European Parliament and, if approved, will take effect starting from October, 2020. However, if Mongolia includes in this list, the European Union will not impose any financial or economic sanctions on Mongolia, only the control over the identification of customers in transactions will be improved.

In the future, the development cooperation programs being implemented in Mongolia, related funding and their implementation will be carried out as normal. Ambassador Traian Hristea also pledged to support the expanding cooperation in the field of money laundering and providing technical assistance in this regard.