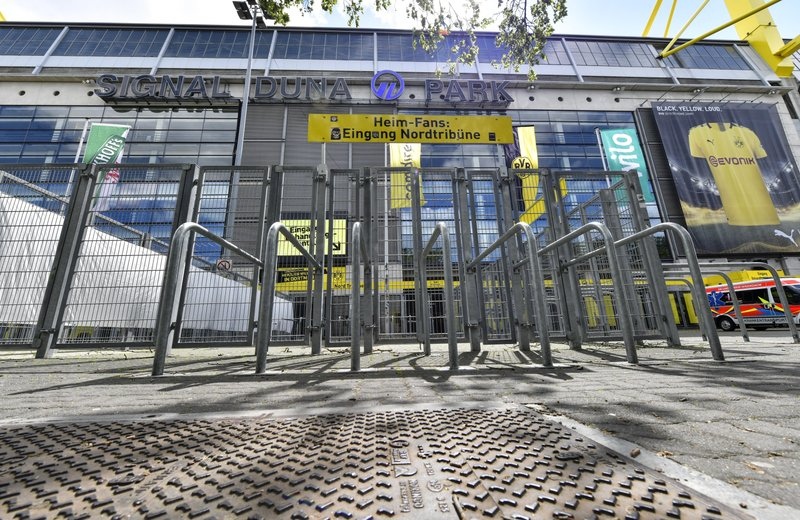 AKIPRESS.COM - The Bundesliga will be very different when it resumes Saturday following a two-month suspension caused by the coronavirus pandemic.

There will be no children to accompany players onto the field, no contact between rivals in the tunnel before games, no handshakes with the referee or match officials, substitutes will have to wear masks and sit apart, and even goals in the empty stadiums will be somber affairs — players have been warned to keep their emotions in check, AP reports.

Coaches will be permitted to remove their masks to shout instructions at their players – as long as they stay at least 1.5 meters (yards) away.

To compensate for the lack of atmosphere, Sky TV says it will offer viewers a new audio option with prerecorded fan chants, singing and reactions based on the games. Borussia Mönchengladbach will have artificial cutouts of real supporters in the stands for its remaining home matches.

Most fans don’t even want the league to resume — the latest polls from German broadcasters show a growing majority are against it — but soccer authorities were desperate to get back on track with several clubs, including Bundesliga club Schalke, already on the brink financially.

Chancellor Angela Merkel finally gave the go-ahead to restart the season on May 6 after taking note of Germany’s dropping rate in new infections for COVID-19, though she made it clear that soccer was low down on her list of priorities.

The last Bundesliga game was played on March 11 as the virus was beginning to take hold in Germany. Unaware, or perhaps indifferent to the danger, hundreds of Borussia Mönchengladbach fans gathered outside their closed stadium as their team defeated Cologne 2-1. Gladbach players even celebrated with supporters afterward in scenes that authorities are determined won’t be repeated.

Local authorities have the power to derail the clubs’ stated aim to finish the regular season by the end of June.

Efforts to restart the third division are being hampered because clubs like Carl Zeiss Jena, Magdeburg and Hallescher FC are not allowed to train. A spat has developed with the German soccer federation, which wanted the division to resume on May 26.