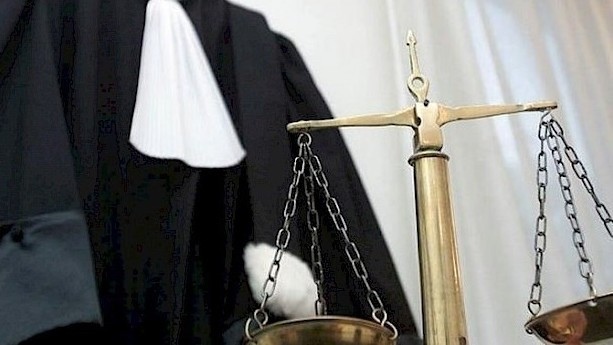 The lawsuit alleges ICE transported a plane of more than 80 people from two jails in New York and Pennsylvania without taking necessary precautions to limit the spread of COVID-19.

Attorneys in the lawsuit met with an attorney for the government on Monday. “The consequences of this decision are exactly as expected: Prairieland Detention Center quickly went from zero confirmed cases of COVID-19 to at least 45," the lawsuit states. The purpose of the lawsuit is to release individuals at high risk for COVID-19, said Fatma Marouf, the director of the Immigrant Rights Clinic at Texas A&M School of Law. The lawsuit also claims that individuals who are under quarantine are unable to make confidential calls to their attorneys, since the calls are on a recorded line.

Kanat Umarbaev is one of the detainees on the lawsuit. The 47-year-old was transferred from a detention center in Pennsylvania to Prairieland Detention Center on April 11. Begay Omuralieva, his wife, told WFAA her husband had not been ill prior to the transfer but has since tested positive for COVID-19 at least twice.

On April 20, ICE confirmed three COVID-19 cases at Prairieland Detention Center and on April 21, the number of positive cases rose to 28. As of May 15, there are 45 positive cases at the facility.

“People are not getting proper medical care,” Omuralieva said. "He said it feels like a concentration camp.”

Umarbaev, a father of two, moved to the United States from Kyrgyzstan in 2000 and filed for asylum. He was denied his asylum claim following two DUI charges in 2003, and an order of deportation was emitted.

Omuralieva said she admits her husband made a mistake, but he turned his life around and stopped drinking.

The 47-year-old was detained in August 2019. According to Marouf, the family was able to get a stay of removal from the court of appeals until his case is processed.