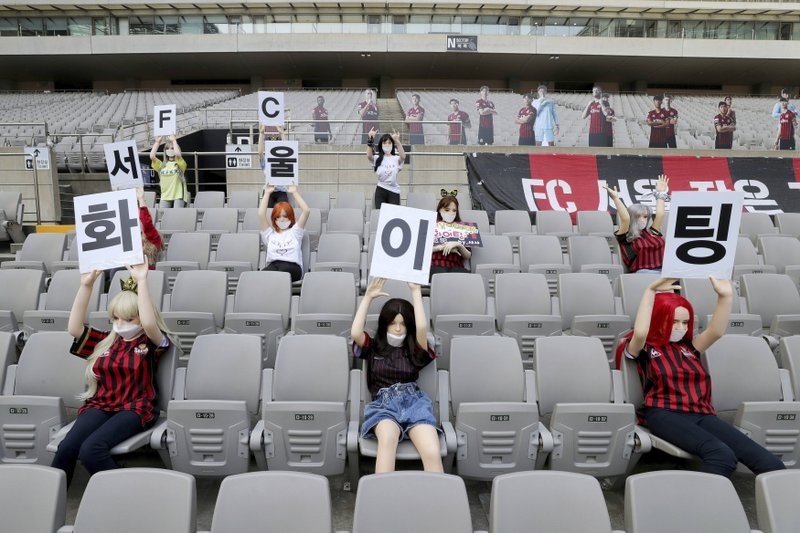 AKIPRESS.COM - A South Korean soccer club is facing penalties, including expulsion from its own stadium, for putting sex dolls in empty seats during a match last weekend.

The K-League is one of the few soccer leagues operating during the coronavirus pandemic, with games being played in empty stadiums.

FC Seoul’s attempts to increase the atmosphere at Seoul World Cup Stadium backfired despite its 1-0 win over Gwangju on Sunday. The club expressed its “sincere remorse” as public backlash intensified, but said it was assured by a supplier that it was using mannequins — not sex dolls — to mimic a home crowd, AP reports.