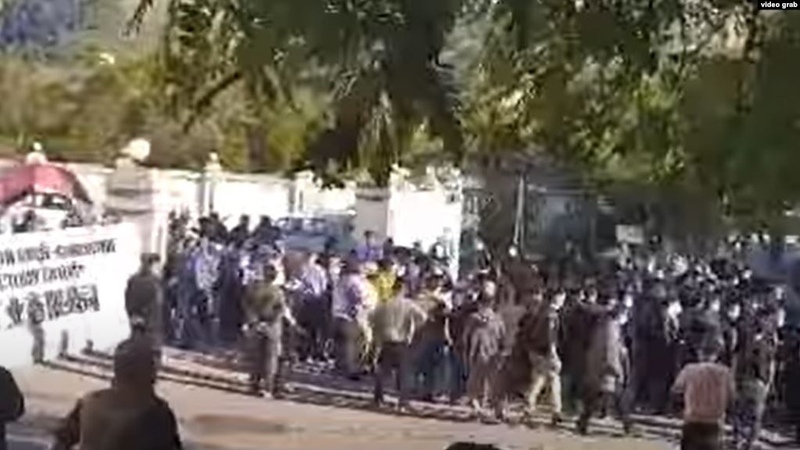 AKIPRESS.COM - Tajik police have used firearms to break up a rare protest by Chinese workers employed by a Tajik-Chinese Mining Company in Tajikistan's northern region of Sughd, RFE/RL reported.

Interior Ministry officials told RFE/RL on May 21 that some 60 Chinese workers had protested in the town of Zarnisor a day earlier.

A spokesman for the Sughd regional police department told RFE/RL that local police shot live rounds into the air to disperse the protesters after it boiled over. No gunshot wounds or injuries were reported.

The mining company's administration says police were called after the protesting Chinese workers refused to stop the rally.

The workers' demands remain unclear as it is not possible to access them.

Tohirjon Azizzoda, the governor of Mastchoh district where the company's mines are located, told RFE/RL that the Chinese workers had been demanding the payment of overdue salaries.

He added, however, that the workers from China had rallied earlier last month, saying that their work terms had been fulfilled and they wanted to return home.

"The regional government explained to them then that they were unable to enter China as Beijing had suspended all border crossings due to the coronavirus outbreak," Azizzoda said.

The Chinese workers, mostly engineers, work in terms. Workers from the previous term that left Sughd for China earlier in the year to celebrate the Chinese New Year have been unable to return for the same reason.

The Tajik-Chinese Mining Company, which was created in 2009, operates lead and zinc mines in Tajikistan.