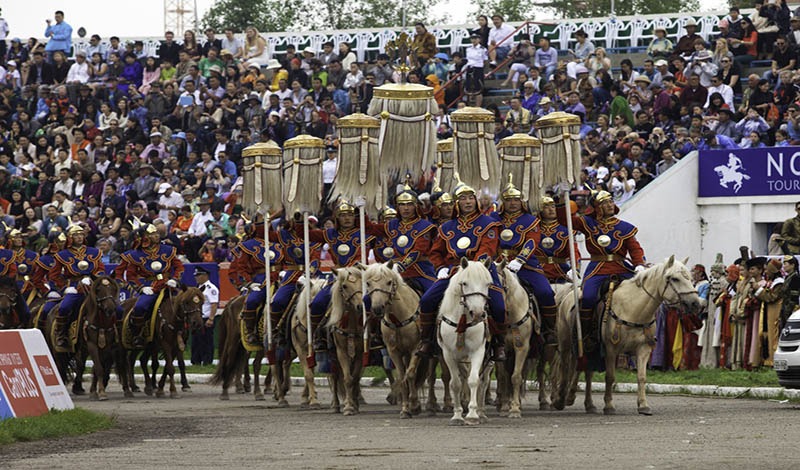 AKIPRESS.COM - The organizing committee of Naadam, Mongolian traditional festival convened at the State Palace on May 22. Members of the committee concluded that this year’s Naadam Festival, commemorating the 2229th anniversary of Foundation of the first Mongolian State, 814th anniversary of the founding of the Great Mongol Empire, and the 99th anniversary of the Mongolian People’s Revolution should be celebrated in an updated format in light of the current situation caused by Covid-19. Due to the ongoing heightened state of readiness against Covid-19, it was not clear whether the big public celebration would take place, Montsame reports.

The organizing committee deemed it necessary that the national festival that contributes to the preservation of the country’s history, culture, and traditions should be celebrated modestly without public gatherings and in compliance with Covid-19 preventative measures to continue the long-standing tradition of celebrating the festival, while also bringing respect and emotional support to citizens who have been living under the heightened state of readiness for months. A temporary regulation will be approved to successfully organize the festival given the special circumstances.

This year’s festival includes the State Grand Honoring Concert at the Cultural Palace of Ulaanbaatar on July 11 and placement of the Nine White Banners at the Central Stadium, festival opening remarks by the President of Mongolia, and the grand opening concert on July 12. Artists will give the Naadam Grand Opening Concert from several locations, which will be broadcast to the public using technologies to avoid gathering.

Naadam wrestling, archery, and knuckle-bone shooting tournaments and horse races will be held as usual – except every participant of the tournaments, tournament organizers, and festival celebrants will have to be tested for Covid-19.

Festival celebrants will enjoy the festivities via the Internet, TV or radio and there will not be any market stalls around the Central Stadium and Khui Doloon Khudag.