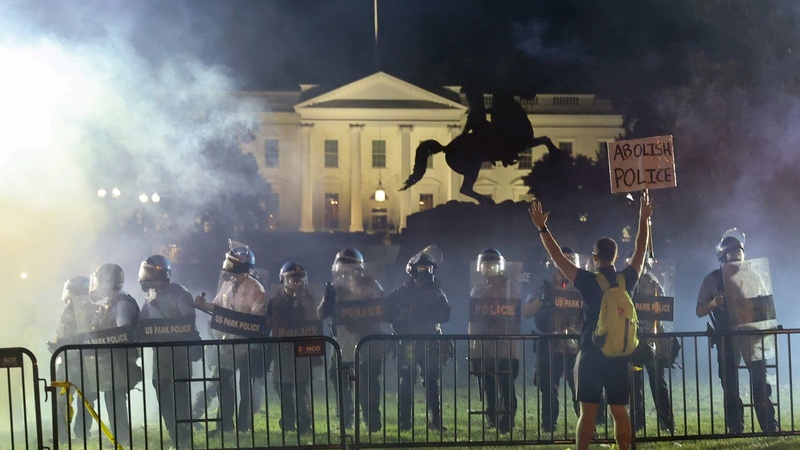 AKIPRESS.COM - Donald Trump was rushed to a White House bunker as hundreds of people protesting against the death of George Floyd gathered outside, throwing rocks and tugging at police barricades, Sky News reports.

The US president is believed to have spent almost an hour being sheltered in the bunker - designed for use in emergencies such as terrorist attacks - as violent demonstrations continued across dozens of US cities.

Mr Floyd, 46, died after a white former police officer was filmed kneeling on his neck for almost nine minutes during his arrest in Minneapolis for allegedly using a fake $20 note in a shop.

The protests outside the White House sparked one of the highest alerts on the US president's residence since the September 11 attacks.

Police fired tear gas and stun grenades into a large crowd - which ignored coronavirus social distancing measures - protesting across the street from the White House in Lafayette Park.