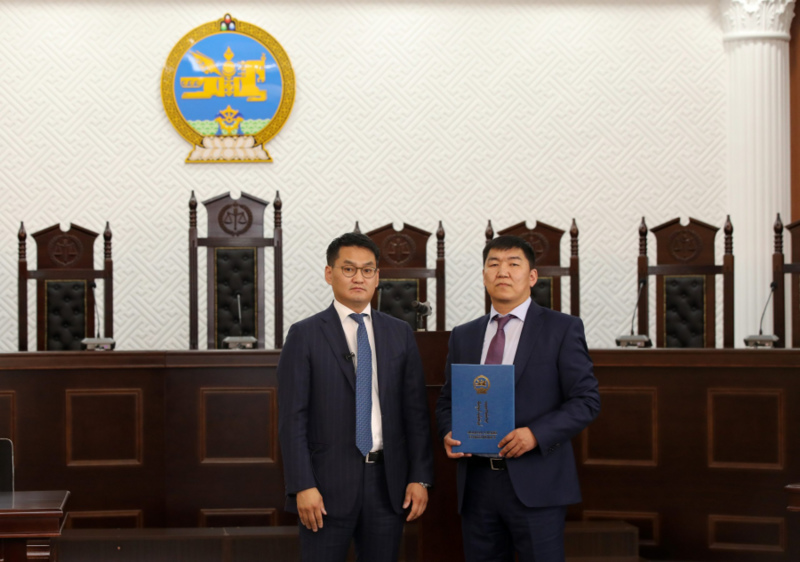 AKIPRESS.COM - President of Mongolia Khaltmaagiin Battulga issued a decree on appointing D. Ganzorig to the position of Chief Justice of the Supreme Court on June 3, Montsame reports.

In accordance with the Constitution of Mongolia, Damdin Ganzorig has been appointed as the Chief Justice of the Supreme Court of Mongolia.

On the same day, Chief of Staff to the President U. Shijir formally introduced the presidential decree to the judges and staff members of the Supreme Court at its office.