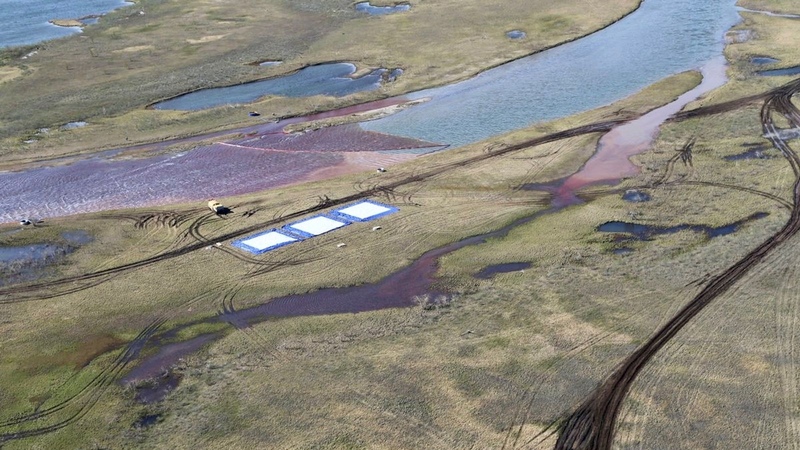 AKIPRESS.COM - Efforts to contain a huge diesel spill in Russia's Far North have failed to prevent fuel from seeping into a nearby Arctic lake.

Regional governor Alexander Uss told journalists it is impossible to predict whether residue will spread further north into Russia's Arctic nature reserve after 20,000 tonnes of diesel spilled into a river from a power plant on 29 May.

The incident, which experts say will take water systems "decades to recover from", happened in the Siberian industrial city of Norilsk, 1,800 miles (2,900km) northeast of Moscow.

Vladimir Chuprov, from Greenpeace Russia, says there are high chances the fuel will spread.

"This is the biggest accident with the highest-ever volume of oil products spilled in the Polar Arctic," he said.

"If the diesel travels up the Pyasina river into the nature reserve, this is nesting time for 30,000 geese. The river is famous for the Muksun fish, there are reindeer and bears, the situation is quite critical."