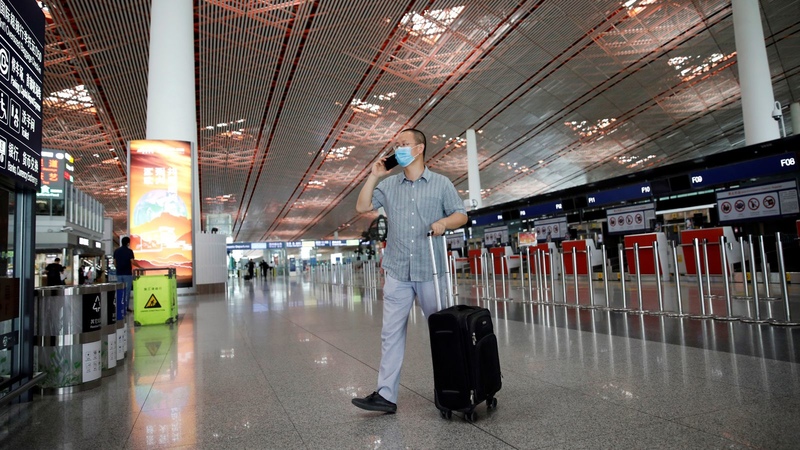 AKIPRESS.COM - Chinese officials have imposed a travel ban in Beijing to stop the spread of a fresh coronavirus outbreak in the capital city, Sky News reports.

In addition to parts of Beijing already back under lockdown, new travel restrictions have been reimposed on residents of areas considered at high risk, and limits introduced on public transport to reduce passenger numbers on buses and trains.

State media reported that, as of Wednesday morning, a total of 1,255 flights to and from the Chinese capital's two major airports have been scrapped in an attempt to contain the outbreak.

That accounts for 67% of outgoing flights and 68% of incoming flights, the Communist Party's Global Times newspaper said.

Those who have already left Beijing must report to local health bodies as soon as possible.

The financial hub of Shanghai has demanded some travellers from Beijing be quarantined for two weeks.

It follows a spike in new coronavirus cases, which is believed to have started at Xinfadi market in the city's southwestern Fengtai district.