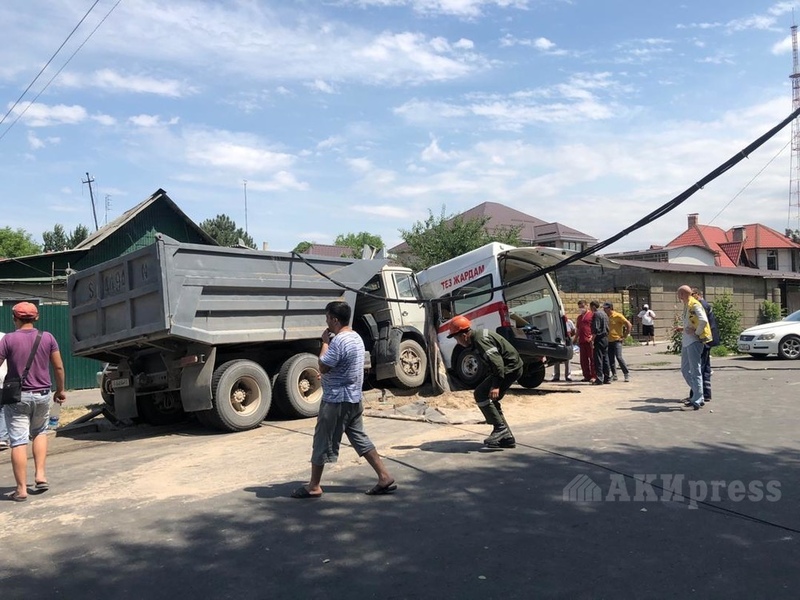 AKIPRESS.COM - Three people were injured as a result of the collision of ambulance and truck in Bishkek on June 18, patrol police confirmed.

The accident occurred around 13:40 at the intersection of Orozbekov and Bayalinov streets.

Two ambulance workers and one person in a truck were injured.

Yegor Borisov, head of the Bishkek ambulance service, said the health workers were critically injured and taken to the 4th municipal hospital.