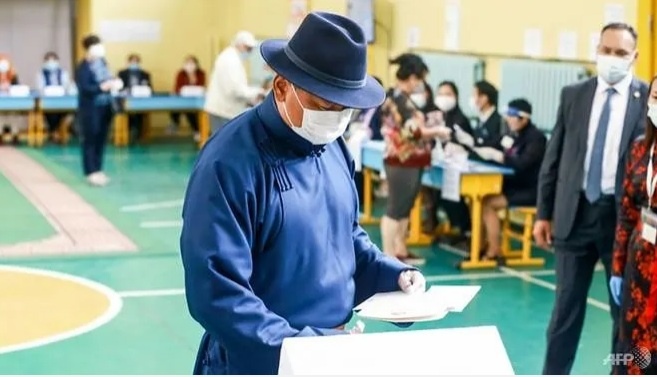 The MPP secured 62 of 76 seats, while the main opposition Democratic Party won 11 seats and three others were taken by independents and coalitions, the AP reports citing General Election Commission.

People followed strict social distancing measures during Wednesday’s vote. Voters maintained 2 meters between them while standing in lines at polling stations in Ulaanbaatar. Once inside the polling place, election workers checked their temperature and distributed hand sanitizer.

Mongolia has recorded just 215 cases of COVID-19, all of them imported, and no one has died.

Turnout was more than 73% among the country’s 2 million eligible voters, signifying the continuing strength of Mongolia’s democratic system instituted after a new constitution was adopted in 1992 following six decades of communism.

The MPP’s majority is down slightly from the 65 seats it won in 2016’s election. Some scattered rural communities had yet to report their results, but that was not expected to have a significant impact on the final outcome.