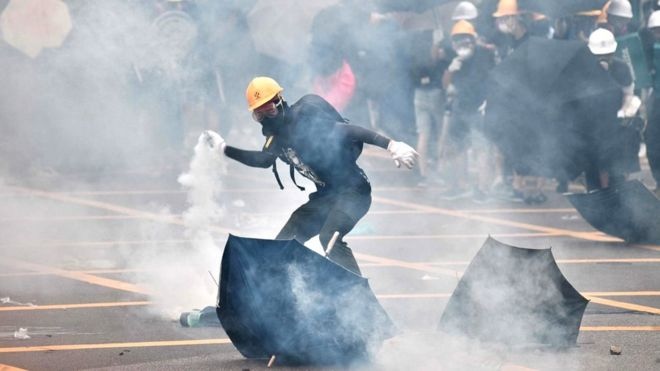 Last month China stunned the city when it said it would criminalise any act of secession, subversion, terrorism or collusion with foreign forces.

The move came after angry protests last year - sparked by another law - which became a pro-democracy movement.

They warn it will undermine Hong Kong's judicial independence and destroy the city's unique freedoms, not seen on mainland China.

A draft of the law was not made public before it was pushed through, which means people in the city will not have seen details of the measures they now have to abide by.

Hong Kong was handed back to China from British control in 1997, but under a special agreement that guaranteed certain rights for 50 years.

So the law has drawn harsh international condemnation and also sparked demonstrations in Hong Kong ever since it was announced by Beijing in May.

China says the law is needed to tackle unrest and instability in the city and rejects criticism as interference in its affairs.