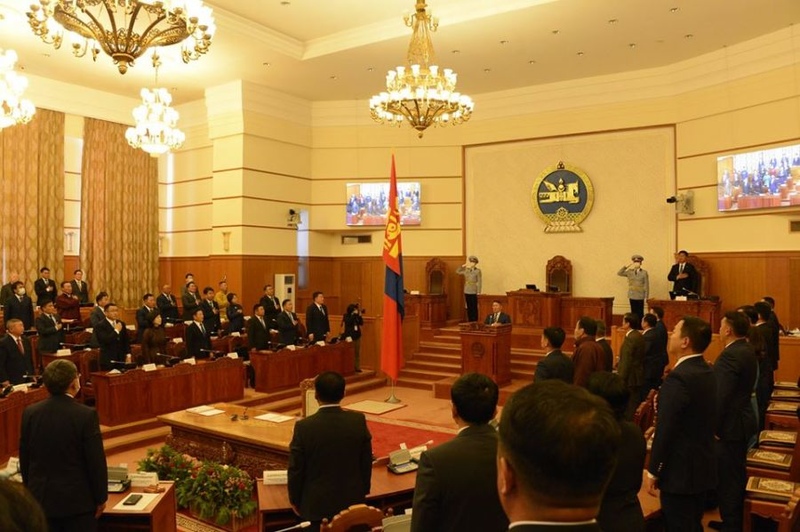 "You all became legislators at a time when the country is facing many social and economic challenges which must be solved promptly. Therefore, you all have to make more responsible, ethical, and effective efforts in serving citizens and giving them more opportunities," Battulga said when addressing the first session of the parliament.

The ruling Mongolian People's Party (MPP) should listen to and respect the views and opinions of the opposition and seek optimal decisions and solutions to tackle economic and other difficulties amid the COVID-19 pandemic, secure people's livelihood and keep existing jobs, said Battulga.

The president also called on the opposition Democratic Party (DP) to promote mutual understanding and cooperation with the MPP rather than confrontation.

The MPP won a landslide victory in parliamentary elections held last Wednesday, taking 62 out of the 76 seats, according to official results announced Friday.

The opposition DP won 11 seats, while two coalitions -- the Right Person Electorate Coalition and Your and Our Coalition -- won one seat each. Additionally, former Mongolian Prime Minister Norov Altankhuyag, who ran as an independent candidate, nabbed the remaining seat, according to the General Election Commission.