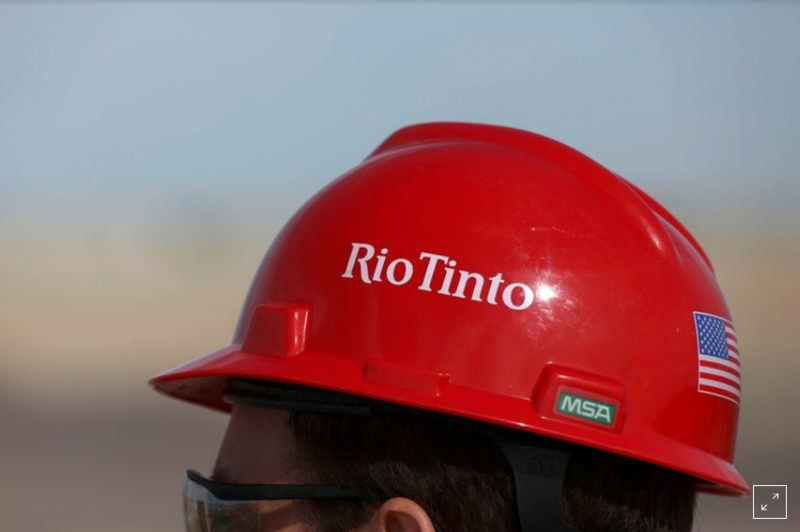 The Rio Tinto logo is displayed on a visitor's helmet at a borates mine in Boron, California, U.S., November 15, 2019. REUTERS/Patrick T. Fallon

AKIPRESS.COM - Rio Tinto said on Friday that schedule and cost estimates for its Oyu Tolgoi project in Mongolia were in line with its earlier forecasts after completing an updated feasibility study for a new design in the copper mine, Reuters reported.

However, the global miner cut the estimated reserves that it would mine at Oyu Tolgoi as it had to redesign its mine plan to deal with underground stability issues, and warned there could be further changes to reserves as it continues work on the design.

In July last year, Rio estimated the capital cost of the project at $6.5 billion to $7.2 billion, and said first production could be achieved between May 2022 and June 2023.

The new mine design for the Hugo Dummett North underground mine at Oyu Tolgoi also confirms its caving method of mining remains valid, the development of which “will unlock the most valuable part of Oyu Tolgoi”, it said in a statement.

Oyu Tolgoi deposit in south Mongolia is one of the world’s largest known copper and gold deposits, with the open pit at the project contributing about 9% of Rio’s total mined copper in the first quarter of fiscal 2020.

It is jointly owned by the Mongolian government and Rio’s majority-owned Turquoise Hill Resources.

Last month, the miner entered an agreement for Mongolia to build a coal-fired plant to supply power to the Oyu Tolgoi mine.