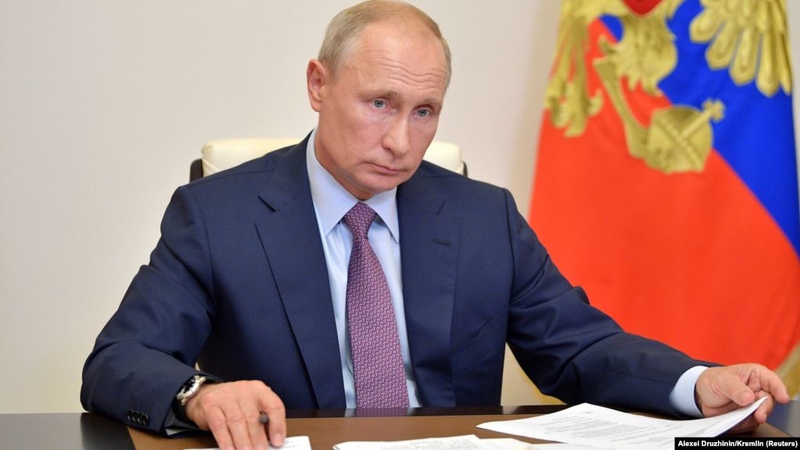 AKIPRESS.COM - Russian President Vladimir Putin has signed a decree that will bring into force a sweeping package of constitutional amendments that among other things open a path for him to stay in power until 2036, if he chooses to take part in two more presidential elections, RFE/RL reports.

According to the decree, signed on July 3, the amendments will take effect on July 4.

Putin signed the decree hours after the Central Election Commission (CEC) announced the final results of a national vote held between June 25 and July 1.

The Kremlin has hailed the landslide victory that saw almost 78 percent of ballots approving the package of more than 200 changes to the constitution as "a triumphant referendum on trust in President Vladimir Putin.”

The Kremlin has said the amendments are necessary for the country’s stability and security, while Putin’s critics charge they are a bid for the 67-year-old to secure power for life.

The most-controversial among more than 200 amendments in the package is one that resets Putin’s term-limit clock to zero, opening the way for him to run for reelection when his current six-year term expires in 2024, and again in 2030.

In addition to enabling Putin to seek additional terms, the amendments broaden the powers of the parliament in the formation of the government and redistribute some authority among various government structures.