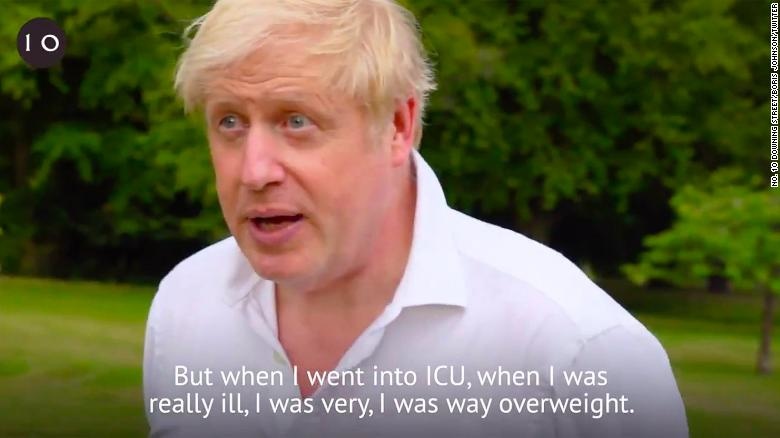 AKIPRESS.COM - Boris Johnson, the UK Prime Minister, has said in a video posted to his official Twitter account that he was "way overweight" when he was admitted to intensive care earlier this year after becoming infected with Covid-19, CNN reported.

"I've always wanted to lose weight for ages and ages," he said in the clip posted Monday. "I think many people, I struggle with my weight."

Johnson says in the video that since recovering from the virus, he starts each day by going for a run with his dog, Dilyn, and talks effusively about the personal benefits of losing weight as well as the societal benefits of protecting the UK's National Health Service (NHS).

The video has been released alongside the launch of the UK government's strategy to lower obesity rates in the country. According to government figures, 63% of adults are above what would be considered a healthy weight, with around half of those people being obese.