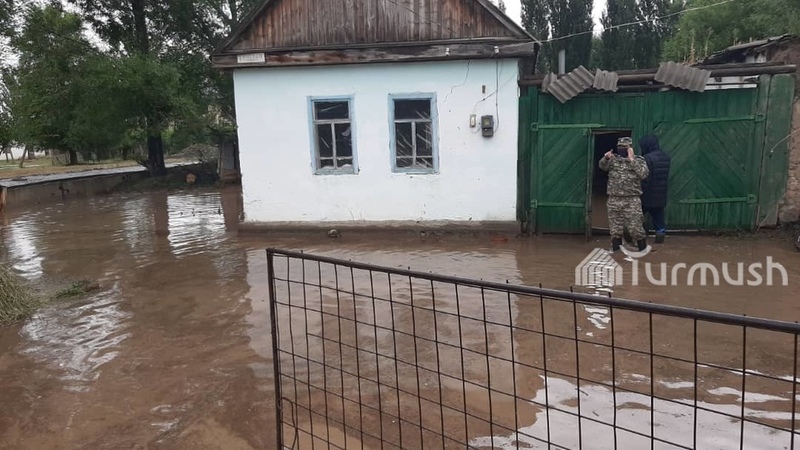 The heavy rain yesterday caused mudflows in Gairat village, Kotormo rural municipality, where courtyards of 4 houses and one house were flooded. Local roads were damaged with rocks and mud.