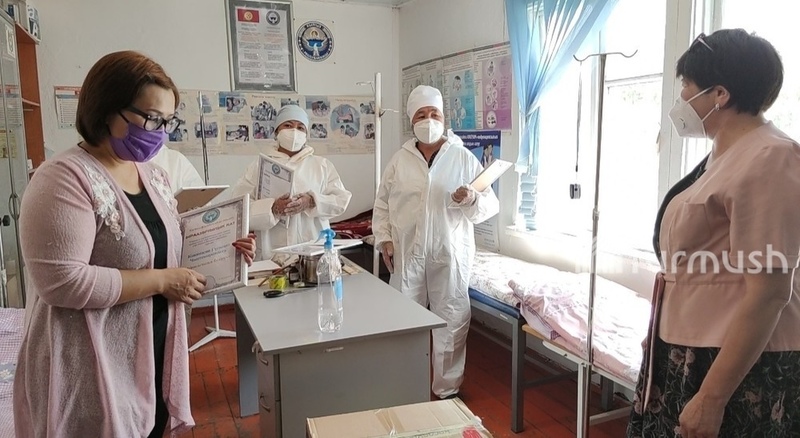 Drugs either cost much or are absent in local pharmacies, so villagers collected money and bought medicines for outpatient facility.

“We received drugs from Bishkek at low prices. Drug which cost 350 soms we bought for 120-150 soms. Sponsors also helped us to buy 3 oxygen concentrators,” she said.

One of villagers also bought 5 beds for the medical facility of the village.