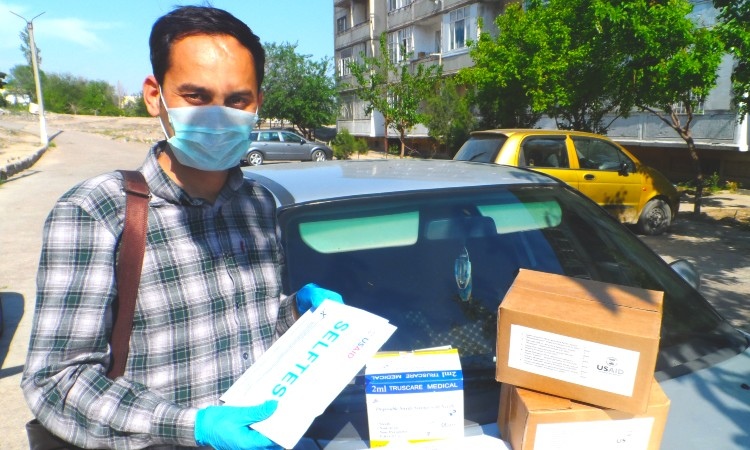 AKIPRESS.COM - U.S. Ambassador John Mark Pommersheim today participated in an online conference to celebrate the accomplishments of the U.S. Agency for International Development (USAID) HIV Central Asia Flagship program over the last five years and introduce USAID’s new HIV activity, which aims to help 95 percent of people living with HIV know their status and get 95 percent of those people onto HIV treatment. These USAID activities support the U.S. President’s Emergency Plan for AIDS Relief and UNAIDS goals, the U.S. Embassy said.

Over the past five years, USAID tested 55,500 people for HIV. About 1,900 of them learned that they were HIV positive, and 2,900 people started life-saving treatment. To address fundamental factors that drive HIV transmission and impede the engagement of people living with HIV and key populations in effective prevention and treatment programs, USAID focused its activities in Dushanbe, Districts of Republican Subordination, and Sughd province, which have with the highest disease growth rates in the country.

In his remarks, Ambassador Pommersheim noted, “We must be mindful of the many vulnerable people around us in need of our care and support, including people living with HIV and those at higher risk of infection. It is critical to reach out to them, help them learn their HIV status, and ensure they receive access to HIV services and live dignified lives free of stigma and discrimination.”

For the first time in Tajikistan, USAID introduced innovative approaches such as rapid saliva testing, a case management program conducted by non-governmental organizations, and self-testing for HIV. As a result, more than 2,800 vulnerable people received HIV self-test kits; 2,250 of which reported on their results, and 60 have learned of their HIV status for the first time.