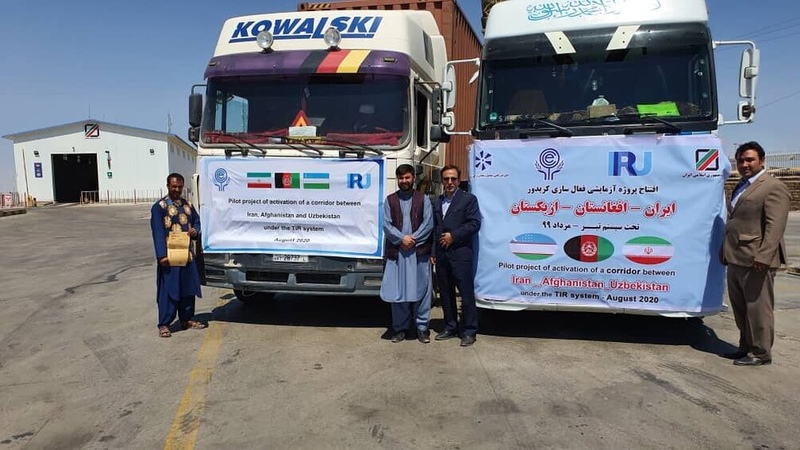 AKIPRESS.COM - Iran has sent two transit cargoes from Shahid Rajaei Port in the southern port city of Bandar Abbas to Uzbekistan through a newly established Iran-Afghanistan-Uzbekistan corridor under a pilot operation to assess the mentioned route, an official with the Islamic Republic of Iran Customs Administration (IRICA) announced, Tehran Times reported.

According to IRICA Director of Transit Bureau Mostafa Ayati, following the successful launch of Kyrgyzstan-Tajikistan-Afghanistan-Iran (KTAI) in late July, this time two trucks loaded with transit goods from Shahid Rajaei Port headed for Uzbekistan by passing through Dogharoon border crossing with Afghanistan.

According to Ayati, as a short and low-cost route to Central Asian countries under the TIR Convention, the development of transit corridors through Afghanistan is supported by both international bodies and the Iranian government and IRICA, in collaboration with Iran Chamber of Commerce, Industries, Mines and Agriculture (ICCIMA) are determined to develop this sector.

“The pilot opening of this corridor indicates that Afghanistan is seriously determined to develop transit in its territory and connect Central Asian countries to the southern waters, including the ports along the Persian Gulf and the Sea of Oman (Chabahar),” he noted.

The new Iran-Afghanistan-Uzbekistan corridor can play an effective role in developing regional trade and cooperation, contributing to peace and security in Afghanistan.

Back on July 26, Iran sent two cargoes from Shahid Rajaei Port to Kyrgyzstan through the KTAI corridor for the first time to officially launch the mentioned corridor.

The KTAI Corridor was also established as a short and alternative route for sending goods from Iran's southern ports to Central Asian countries.

The corridor was launched by IRICA in collaboration with the International Road Transport Union (IRU), and Economic Cooperation Organization (ECO) under the framework of the TIR Convention.

The Convention on International Transport of Goods Under Cover of TIR Carnets (TIR Convention) is a multilateral treaty that was concluded at Geneva on 14 November 1975 to simplify and harmonize the administrative formalities of international road transport.