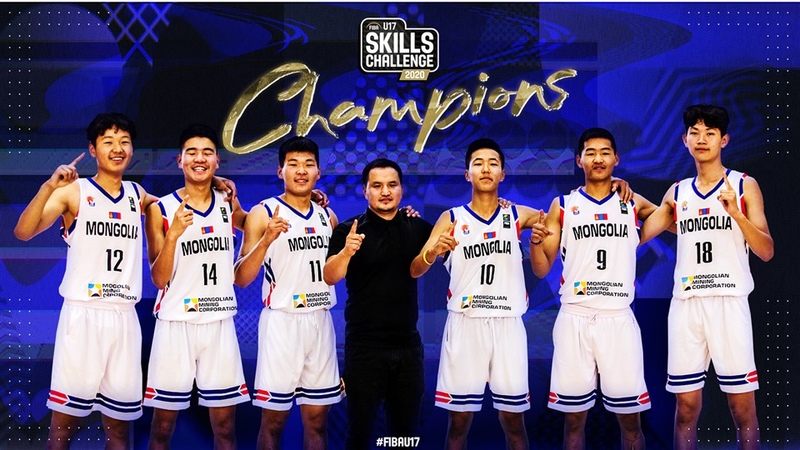 AKIPRESS.COM - The FIBA U17 Global Skills Challenges concluded on Sunday, with China and Mongolia claiming the top honors for an impressive Asian double in the first-time event, FIBA reported.

Mongolia set the competition's only double-digit score as they defeated Bulgaria 99-124 in the men's Final, with Bolor Erdene Gantsolmon named the Tissot MVP.

Meanwhile, China scored a narrow 118-119 victory against Poland in the women's title-decider, as they avenged a Group Phase defeat against their European counterparts.

Having guided her team to the triumph despite being the youngest player in the squad, 14-year-old Li Qingyang received the Tissot MVP accolade.

Including the Regional Qualifiers, held a week before the Global Challenges, a total of 73 teams representing 39 different National Federations competed in the FIBA U17 Skills Challenges.

As part of the competitions, the National Federations were able to bring their teams together for training camps, giving players the opportunity to represent their countries without having to travel internationally in the backdrop of the current global pandemic.