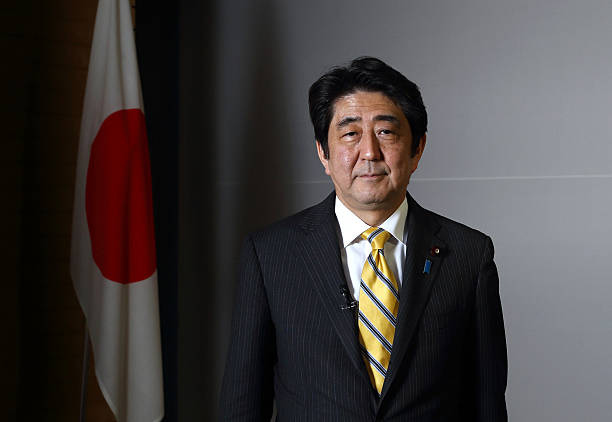 AKIPRESS.COM - Japanese Prime Minister Shinzo Abe will step down from his post due to health concerns, a source from his ruling Liberal Democratic Party said Friday, Kyodo News reported.

Abe, who has been premier since December 2012 following his first one-year stint in the post between 2006 and 2007, just recently achieved the feat of staying in the top government post for the longest uninterrupted term in the country's history.

He was scheduled to meet the press from 5 p.m. in what would be his first press conference at his office since June 18 to address the speculations about his health condition, and also the government's coronavirus response.

The 65-year-old president of the LDP made a series of hospital visits in August for what his aides called a "regular health checkup" and follow-ups after he was reported as having vomited blood at the prime minister's office in early July.

Questions about Abe's health have been raised from time to time after he abruptly resigned due to worsening of his chronic illness -- ulcerative colitis -- in 2007, only a year after becoming the country's youngest premier in the postwar era at age 52.

After returning to power in 2012, Abe said he had overcome the intestinal disease with the help of a new drug. On Aug. 24, he became Japan's longest-serving prime minister by number of consecutive days in office, eclipsing the previous record of 2,798 days held by his great uncle Eisaku Sato (1901-1975).

But Abe's health came under fresh scrutiny with his repeated hospital visits after he kept a low profile without holding any press conferences for nearly 50 days between mid-June and early August, despite calls for him to explain the government's handling of the coronavirus to the public.

His government's measures to deal with the pandemic have been plagued by missteps, including the distribution of washable cloth face masks, which proved highly unpopular as they were seen as being too small and arriving too late.

The masks became known as "Abenomask," which means "Abe's mask" in Japanese and is a pun on his touted "Abenomics" economic policy package that calls for bold monetary easing by the Bank of Japan, generous fiscal spending and deregulations to spur economic growth.

The "Go To Travel" campaign to subsidize domestic trips to help the tourism industry battered by the coronavirus similarly came under fire for being launched despite a resurgence in virus cases across the country and for causing confusion through its last-minute change to exclude trips to and from Tokyo.

A Kyodo News opinion poll in July found 59.1 percent had been discontent with the government's handling of the pandemic. The approval rate for Abe's Cabinet, which stood at 62 percent at the start of his second stint, came to 36.0 percent in August.