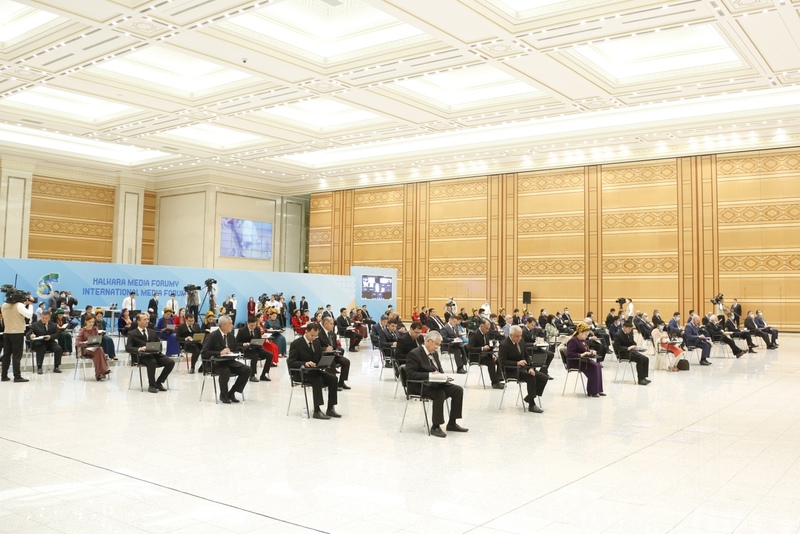 AKIPRESS.COM - International media forum dedicated to the 25th anniversary of the permanent Neutrality of Turkmenistan and the election of the country as Vice-Chairman of the upcoming 75th session of the United Nations General Assembly was held in the building of the Chamber of Commerce and Industry of Turkmenistan on September 16, the Turkmen foreign ministry said.

The session was held in the format of a video conference. The international media forum was organized by the Turkmen side together with the Asia-Pacific Broadcasting Union (ABU).

Delegates from Turkmenistan and foreign countries highlighted the status of the country's permanent neutrality, which was recognized by the United Nations by relevant resolutions.