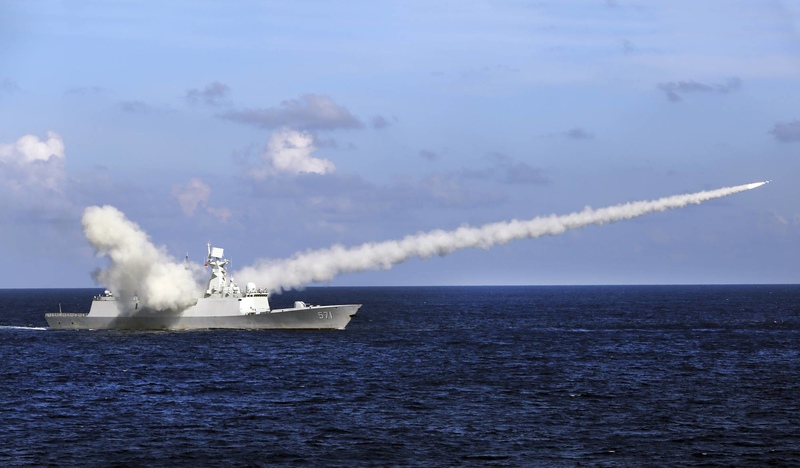 The Japanese, U.S., Australian and Indian governments are planning to hold a meeting of their foreign affairs chiefs in Tokyo in early October, part of a bid to confront China's growing assertiveness in the Indo-Pacific region. | XINHUA / VIA AP

AKIPRESS.COM - Japan is planning to host “Quad” foreign ministers (Japan, the U.S., Australia and India) meeting in Tokyo in early October. The meeting is considered part of a bid to discuss China’s growing assertiveness in the Indo-Pacific region, The Japan Times reported.

The four-nation framework known as the “Quad” was launched under former Prime Minister Shinzo Abe in a bid to deal with China’s growing influence in the Indo-Pacific region. The four foreign ministers - Toshimitsu Motegi (Japan), Mike Pompeo (US), Marise Payne (Australia) and Subrahmanyam Jaishankar (India) - will also have meeting with Japan’s new Prime Minister Yoshihide Suga, according to Japanese government sources.

It would be the first face-to-face diplomatic occasion for Suga, since he assumed office. No Cabinet-level or higher foreign official has visited Japan yet since March, amid the spread of the novel coronavirus.

Suga is also scheduled to meet with Pompeo during the visit, public broadcaster NHK reported.

Sharing basic values including democracy and the rule of law, the four countries aim to enhance cooperation in the security and diplomatic fields.

Under the framework, the first meeting of their foreign heads took place in New York in September 2019.

In the expected second meeting, the officials are likely to affirm their countries’ cooperation to realize the “Free and Open Indo-Pacific” vision upheld by Japan and the United States.

They are also expected to discuss ways to deal with China’s aggressive attitude in the medical field, including vaccine development.

“Especially in the coronavirus crisis, a meeting of the four countries’ foreign ministers would have great significance,” a Japanese government source said.

Amid the intensifying U.S.-China feud over Hong Kong and technology issues, however, the move by the four countries could irritate China.

Meanwhile, U.S. President Donald Trump’s administration is taking a tougher stand against China ahead of the U.S Presidential election in November. Indo-Pacific region is largely viewed as an area comprising the Indian Ocean and the western and central Pacific Ocean, including the South China Sea. China's territorial claims in the South China Sea and its efforts to advance into the Indian Ocean are seen to have challenged the established rules-based system. Vietnam, the Philippines, Malaysia, Brunei and Taiwan have counterclaims in the South China Sea. Beijing’s rising assertiveness against counter claimants in East and South Sea has resulted in unprecedented agreement across the Indo-Pacific.

According to the Nikkei Asian Review, several concerned nations are already deepening security ties with each other and the US to mitigate the threat. In recent years, Japan has expressed increasing concerns regarding Beijing's activities in the region especially concerning the situation with the disputed Senkaku islands, known in China as the Diaoyudao islands and claimed by Beijing to be Chinese territory.