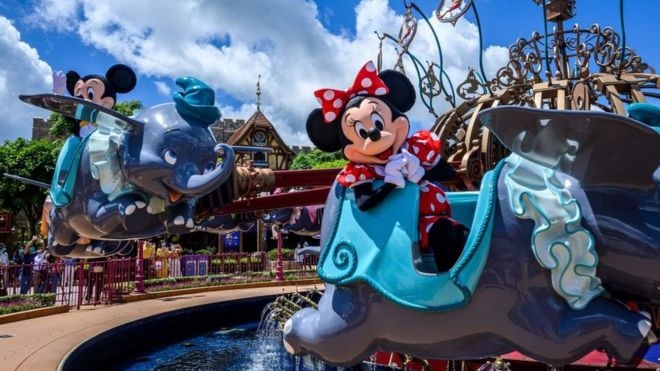 AKIPRESS.COM - Walt Disney has announced it will lay off 28,000 employees, mostly at its US theme parks.

Disney cited the parks' limited visitor capacity and uncertainty about how long the coronavirus pandemic would last as reasons for the layoffs, BBC reports.

The company's theme parks have taken a major hit from the pandemic.

Disney shut all its parks earlier this year as the virus spread, but only Disneyland in California remains closed.

"We have made the very difficult decision to begin the process of reducing our workforce at our Parks, Experiences and Products segment at all levels," Josh D'Amaro, chairman of the parks unit, said in a statement.

The layoffs apply to "domestic employees" of which about 67% are part-time.

Disney also has parks in Shanghai, Hong Kong, Tokyo and Paris, which are not affected by the announcement.