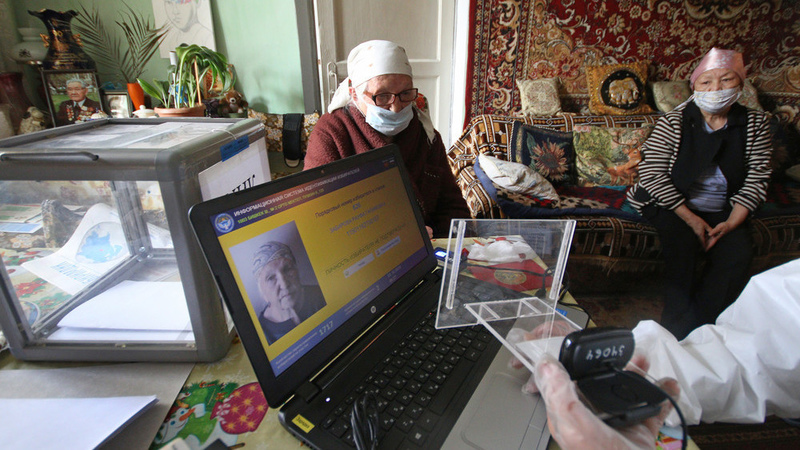 AKIPRESS.COM - The United States congratulates the people of the Kyrgyz Republic for casting their vote during the recent parliamentary elections, the statement released by the US Embassy on October 5 read.

"We also commend the Jogorku Kenesh, the Ministry of the Interior, the Ministry of Health, and civil society groups which supported the Central Election Commission’s (CEC’s) efforts to organize a safe election process despite the challenges of organizing elections during the COVID-19 global pandemic. Preliminary reports from the Organization for Security and Cooperation in Europe (OSCE) Office of Democratic Institutions and Human Rights (ODIHR) observation mission and local election observers from the NGO Common Cause reported that the campaign was competitive and that the voting process was generally efficient, well-organized and peaceful. The OSCE/ODIHR observation mission and Common Cause did also note their concerns over credible allegations of vote buying and abuse of Form #2 (a form which 496,239 Kyrgyz voters used to vote outside their home regions). A number of civil society organizations, international observers, and political parties, including those parties that will be represented in the next parliament, also expressed concerns regarding reported irregularities in the democratic electoral process. We urge the Kyrgyz authorities to investigate alleged electoral violations and to address further improvements to legislation as recommended by OSCE/ODIHR. The United States looks forward to continued partnership with the people of the Kyrgyz Republic and their new parliament to promote our shared democratic values, as well as our mutual prosperity and security," the statement said.