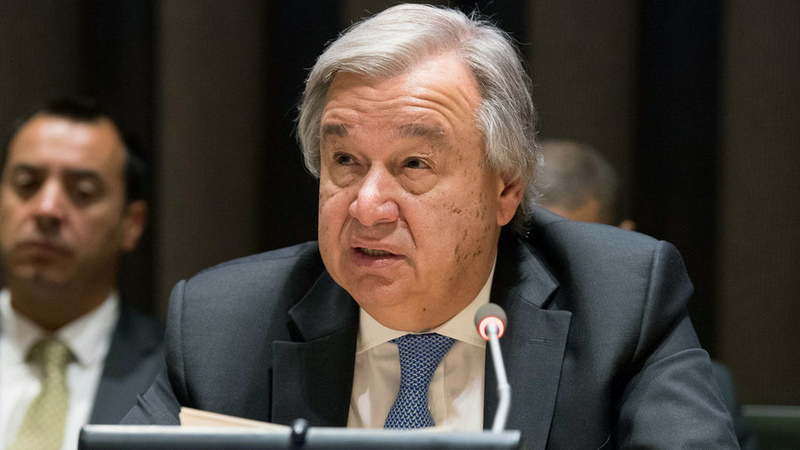 AKIPRESS.COM - The UN Secretary-General said on Tuesday that he was “closely monitoring” the situation in the Kyrgyz Republic, where protests erupted a day earlier in the aftermath of Sunday’s parliamentary elections.

According to news reports, one person died and hundreds were injured on Monday, after demonstrators gathered in anger over alleged vote-rigging. The protests which attracted thousands, were reportedly largely peaceful, but turned violent as a group tried to enter Government buildings and stormed parliament.

On Tuesday, several high-profile political detainees were reportedly released, include a former president who had been serving an 11-year sentence for corruption.

During a fast-moving series of developments on Tuesday, major news outlets reported that officials in Kyrgyzstan had nullified the results of the election while leading opposition figures announced plans to form a new administration.

News reports said that three out of the four political parties which were on Sunday’s ballot – excluding a dozen that were not authorized to take part – had close ties to the sitting President, Sooronbai Jeenbekov.

In a statement, UN chief António Guterres said he regretted the loss of life and urged “all involved to exercise the utmost restraint and refrain from violence.”

He encouraged “all Kyrgyz actors to engage in dialogue and agree on a way forward”, within the existing constitutional framework.

The UN “stands ready to support all efforts aimed at finding a peaceful resolution of the current situation, including through the United Nations Regional Centre for Preventive Diplomacy for Central Asia (UNRCCA).”