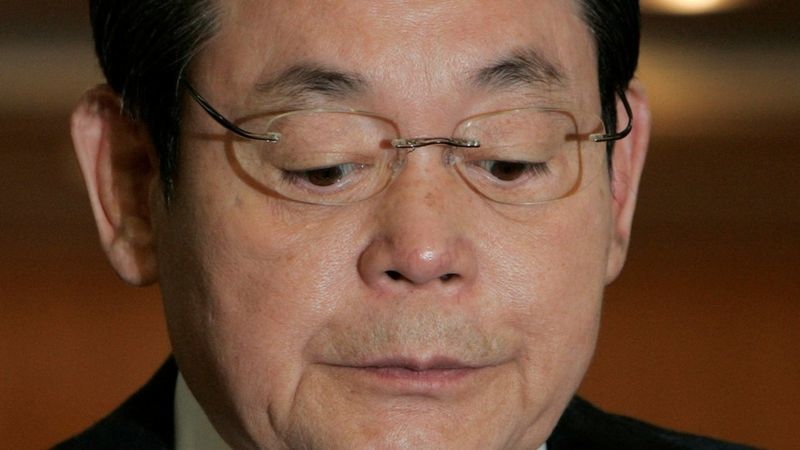 Mr Lee helped to grow his father's small trading business into an economic powerhouse, diversifying into areas like insurance and shipping.

During his lifetime, Samsung Electronics also became one of the world's biggest tech firms.

He was the richest person in South Korea, according to Forbes, with a net worth of nearly $21bn (£16bn).

Samsung said Mr Lee died on Sunday with family by his side, but did not state the exact cause of death. A heart attack in 2014 had left him living in care.

"All of us at Samsung will cherish his memory and are grateful for the journey we shared with him," the firm said in a statement.

Mr Lee was the third son of Lee Byung-chul, who founded Samsung Group in 1938. He joined the family firm in 1968 and took over as chairman in 1987 after his father's death.

At the time, Samsung was seen as a producer of cheap, low-quality products. But under his leadership radical reforms were introduced at the company.

Mr Lee became famous for telling employees in 1993: "Let's change everything except our wives and kids." The firm then burned its entire mobile phone stock, consisting of 150,000 handsets.