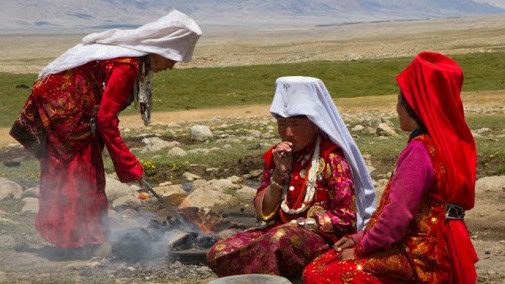 AKIPRESS.COM - The Pamir Kyrgyz, who were repatriated from Afghanistan and live in Naryn and Kara-Balta, will be re-settled in Alay district of Osh region, Alay district governor Zamirbek Moldokulov said.

The houses for them were built in Taldy-Suu village, Alay district.

"35 Pamir Kyrgyz, who arrived in Naryn region and Kara-Balta town, will head to Osh region on October 28. 27 people will arrive from Naryn and 8 from Kara-Balta, 14 minors among them," the distric governor said.

Turmush reported earlier construction of 7 houses for ethnic Kyrgyz, who were repatriated from Afghanistan, started in Alay district. 10 million soms were allocated for construction of the houses.