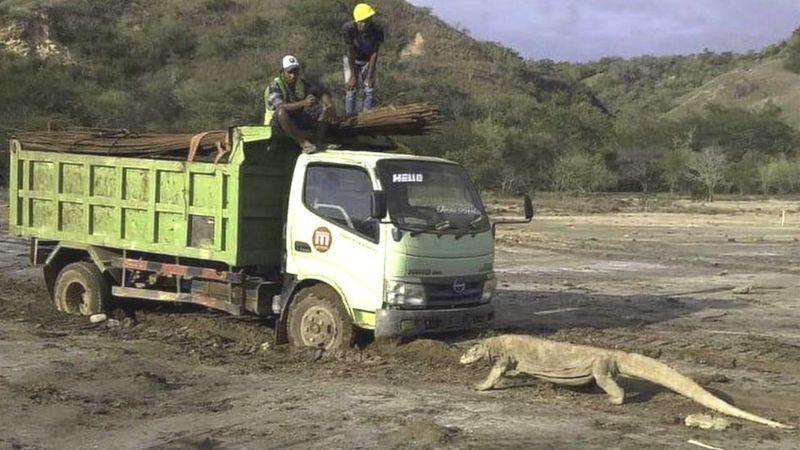 AKIPRESS.COM - A photo of a Komodo dragon facing a truck has raised concerns about a "Jurassic Park" attraction being built on an Indonesian island, BBC reports.

The multi-million dollar site is part of the government's plans to overhaul tourism in Komodo National Park.

The viral image has sparked questions about the impact on the conservation of the famed dragons, the world's largest lizards.

Officials said no dragons had been harmed and their safety was paramount.

Komodo dragons are only found in the wild on a handful of Indonesian islands where they are estimated to have roamed for millions of years.

They draw visitors from around the world and in recent years authorities have grappled with how to manage conservation and tourism in the national park.