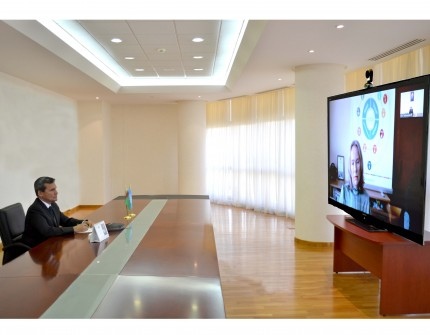 AKIPRESS.COM - Minister of Foreign Affairs of Turkmenistan Rashid Meredov held a videoconference meeting with the Under-Secretary-General of the United Nations, Executive Secretary of the UN Economic Commission for Europe (UNECE) Ms.Olga Algayerova.

During the meeting, the parties noted the efficiency of multiyear collaboration of Turkmenistan with the UN Economic Commission for Europe on a wide range.

The important role of the UNECE in coordinating the relations between the countries of Europe and Asia in the area of transport, trade, energy, nature protection was stressed which is especially relevant in the current pandemic period.