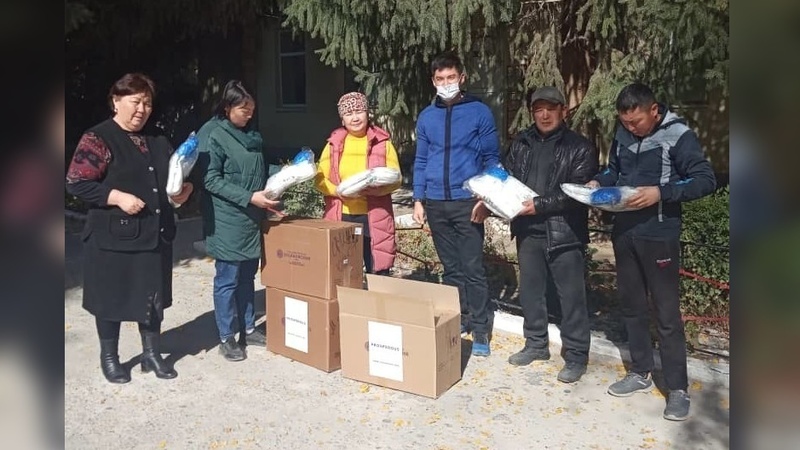 The equipment was handed over by the undergraduate student, who provided protective coveralls, cover shoes, caps, face masks and pulse oximeters.

"The student handed over one box of personal protective gear. It contains 18 sets. This will suffice for a week. Same equipment was handed over by the young man to medial workers of Ak-Tala and Naryn districts," the district vice governor said.