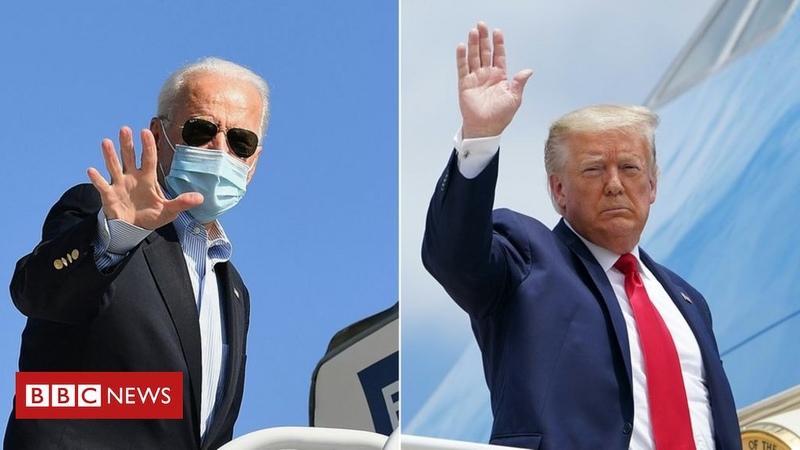 AKIPRESS.COM - Americans are voting in one of the most divisive presidential elections in decades, pitting incumbent Republican Donald Trump against his Democratic challenger Joe Biden.

Nearly 100 million people have already cast their ballots in early voting, putting the country on course for its highest turnout in a century, BBC reports.

Both rivals spent the final hours of the race rallying in key swing states.

National polls give a firm lead to Mr Biden, but it is a closer race in the states that could decide the outcome.

In the US election, voters decide state-level contests rather than an overall single national one.

Among the first states to begin election-day voting on Tuesday are the key battlegrounds of North Carolina and Ohio (11:30 GMT), followed half an hour later by Florida, Pennsylvania, Georgia, Michigan and Wisconsin. Arizona will follow at 13:00 GMT.