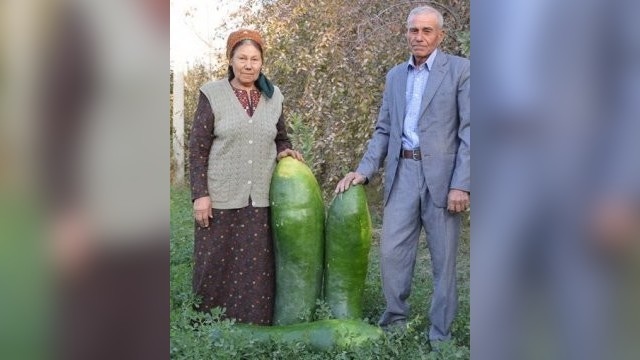 With his wife Zohre Babayeva, they rented 20 acres of land concluding an agreement with the Sayat etrap maintenance department to restore the orchard.

Between the trees, the farmer has set up a vegetable garden to grow tomatoes, eggplants, cucumbers, and strawberries.