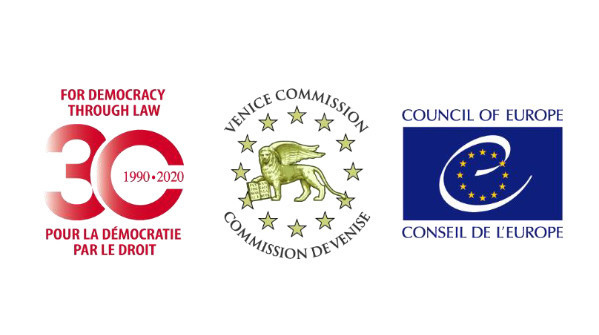 AKIPRESS.COM - The European Commission for Democracy through Law (Venice Commission) issued urgent amicus curiae brief relating to the postponement of parliamentary elections in Kyrgyzstan motivated by constitutional reform on November 17.

The urgent amicus curiae brief from the Venice Commission was requested by Chairman of the Constitutional Chamber Karybek Duisheev.

1) In the absence of explicit restrictions in the Constitution of the Kyrgyz Republic, from the point of view of generally accepted democratic principles, how much can the scope of the Parliament's powers be expanded between the expiration of its mandate and the first session of the newly elected Parliament? In particular, to what extent is it consistent with the generally accepted democratic principles to carry out constitutional reforms in the period between the cancelation of election results and the holding of repeated / new parliamentary elections?

2) To what extent is it consistent with democratic principles to suspend an election to the supreme legislative body in order to carry out a constitutional reform (in the period between the annulment of the election results and the holding of repeated / new elections)?

3) To what extent do the amendments of electoral legislation, entailing suspension of the electoral process, correspond to democratic principles and international standards?

4) How consistent is it with democratic principles that the outgoing parliament adopts amendments to legislation disregarding the established procedure for the adoption of laws?

The Venice Commission said it has no intention to comment on the political situation/dispute in the Kyrgyz Republic which forms the background to the proceedings, advocate for a particular result in the proceedings or speculate on the correct interpretation of the Kyrgyz Constitution. The purpose of this brief is to assist the Constitutional Chamber by providing a general overview of international democratic principles relevant to the questions raised by the Court. The Commission understands these principles to encapsulate the three grounding principles of the European constitutional heritage - democracy, human rights and the rule of law.

The Venice Commission noted as a general remark that in spite of the fact that a national practice in such fields as postponement of elections by the outgoing parliament is lacking, there are several benchmarks which have to be respected in order to ensure the respect of international principles and best democratic practices.

The postponement of parliamentary elections beyond the time limit determined by the constitutional duration of the mandate of the outgoing parliament, hence the prorogatio of the latter’s powers, should be supported by special justifications and extraordinary circumstances. The constitutional law approved by the Kyrgyz Parliament on October 22 does not reflect genuine democratic principles, although it does not openly violate any explicit constitutional provision: in the first place, the postponement of the elections of the new Parliament until June 2021 gives the Parliament in office 6 to 8 more months of power, which is a long period of time, much longer than the usual few weeks necessary to carry out the electoral activities.

The Commission considers that the suspension of the electoral process is limited by the principles of necessity and strict proportionality. An exceptional situation might indeed justify postponing the elections. However, when the challenged constitutional law was passed, the Kyrgyz Republic was not in a state of emergency, emergency situation or force majeure circumstances. Therefore, the Constitutional Chamber will have to determine whether the restrictions of the political rights of citizens are sufficiently proportionate in the pursuit a legitimate aim.

The substantive respect of constitutional procedures and rules and the adequate involvement of public and political debate is of fundamental importanceduring the legislative process. The adoption of important changes to electoral legislation outside the procedures established by the Constitution and by the legislation in force undermines the principles of parliamentary democracy. Parliament is bound to respect what might be called the “due law-making process” or manner-and-form requirements established by the Constitution. In light of that principle, that apply to all parliamentary democracies, the parliamentary procedures must always be respected not only nominally, but in substantive terms, in order to protect the role of Parliament as a forum of public debate, political participation and discussion.