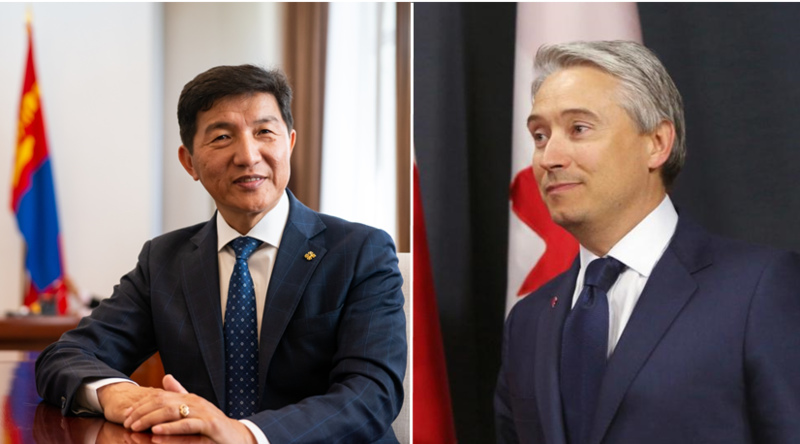 Expressing his satisfaction on the development and expansion of Mongolia-Canada relations and cooperation in all fields, Minister Enkhtaivan congratulated the Government of Canada on its leadership in the fight against the pandemic, the development of vaccine and the promotion of equitable access to vaccines in the international community, as well as emphasizing the importance of cooperation. Moreover, Minister Enkhtaivan thanked for providing assistance to the Mongolians residing in Canada.

Highlighting that Canada is delighted for being the largest investor in the mining sector of Mongolia, Minister François Champagne congratulated Mongolia’s effort on taking COVID-19 under control and keeping local mortality rate at zero.

Underlining that relations and cooperation between the two countries have been developing in a wide-range, the ministers reaffirmed their commitment to consolidate their further achievements and advance cooperation to a new level.