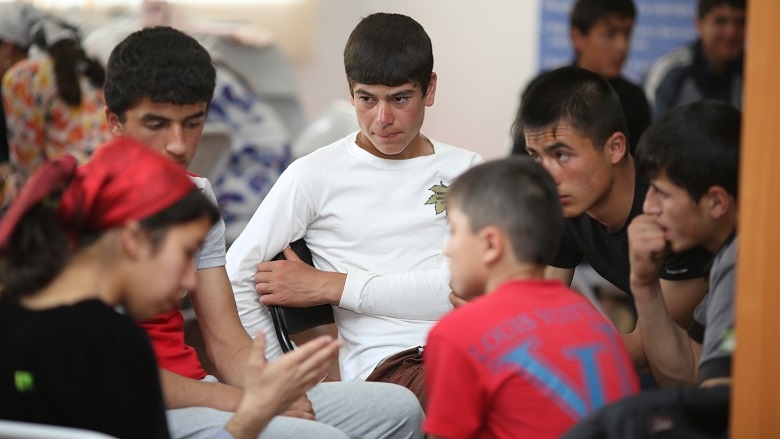 AKIPRESS.COM - In early 2020, before the COVID-19 pandemic became widespread, the World Bank released a report entitled Strengthening Youth Resilience to Radicalization: Evidence from Tajikistan, which underlined the need to prevent the radicalization of mindsets, address the lack of employment opportunities, domestic and gender-based violence, among other social vulnerabilities, to reduce the risks of radicalization and recruitment of youth to violent extremism.

In Tajikistan, the combined impact of economic and social factors is proving as severe as the human casualties from the pandemic. Before the outbreak of COVID-19, the volume of remittances from migrant workers had reached up to half of Tajikistan’s gross domestic product. According to Russian Interior Ministry data, more than one million Tajik workers were estimated to be in Russia from a total Tajikistan’s population of 9.3 million.

Given that many Tajikistan’s migrant workers were prevented from traveling to Russia or returned home before borders were closed, the drastic reduction in workers’ remittances—an indirect impact from the pandemic—is deeply affecting livelihoods at home. At the same time, the pandemic and ensuing social isolation is likely to magnify the inter-connected risks of radicalization and violent extremism, gender-based violence, depression and other mental health issues among groups identified by the World Bank report as most vulnerable, including returning migrants, youth, and abandoned or divorced women with children.

For Tajikistan, an effective COVID-19 response would need to comprise measures aimed at investing in the resilience of vulnerable individuals and communities to these risks. This would entail stronger critical thinking skills to withstand radical narratives, better educational and livelihoods opportunities, and inclusive support services. The World Bank is supporting these efforts through the recently launched Resilience Strengthening Program (RSP), which is focusing on vulnerable communities along border areas with Afghanistan—in Khatlon province and the Gorno-Badakhshan Autonomous Oblast. Within the RSP, the Socio-Economic Resilience Strengthening Project (SERSP) is directly supporting local community improvements as well as youth inclusive support services and livelihoods.

Given the multiple impacts of COVID 19 and donors’ commitment to support Tajikistan, the government can now take this initial work to the next level. It can do so by implementing the policy recommendations of the World Bank report Strengthening Youth Resilience to Radicalization which underline youth inclusion as a central strategy to strengthen resilience on multiple levels. The proposed interventions range from reducing individual perceptions of exclusion and injustice to increasing economic opportunities and livelihoods.

More specifically, the report illustrates the value added of prevention approaches that are even more needed during these times of COVID, with the young generation being especially exposed to risks of social and economic disaffection. This means supporting:

(i) primary prevention programs for young men and women who are vulnerable but not yet radicalized, combining education curricula reforms, soft skills and extra-curricular activities, and psycho-social support with local livelihoods and measures to reduce barriers to entrepreneurship development;

(ii) secondary prevention interventions for resilient mindsets for young individuals who have been already radicalized to support a shift towards a more positive outlook on life opportunities, with support from local communities, schools and service providers;

This prevention work can be considered a central pillar for an inclusive and resilient recovery for Tajikistan and beyond.