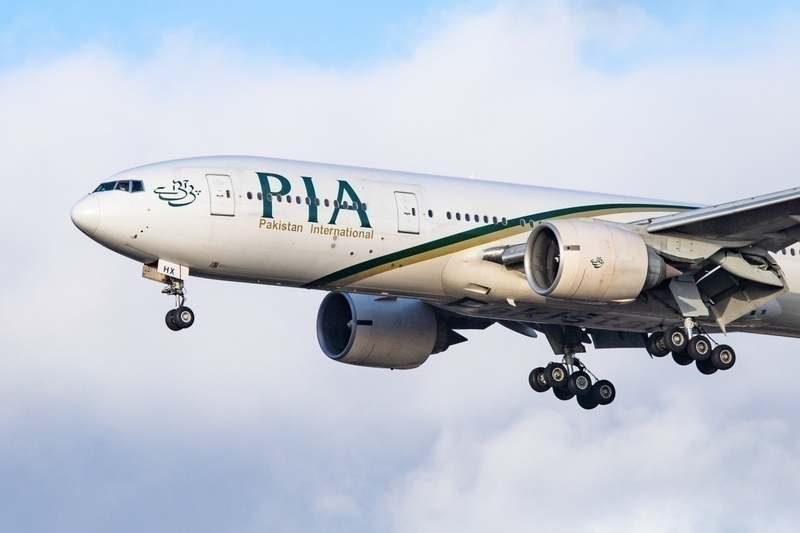 AKIPRESS.COM - The European Union (EU) has extended its ban on Pakistan International Airlines (PIA) for a further three months. On December 26, the European Union Aviation Safety Agency (EASA) informed PIA that the ban on flights to Europe would only be lifted after a safety audit of the Civil Aviation Authority (CAA). The EU suspended all PIA flights to Europe in July for six months over concerns about PIA pilots, Simple Flying reported.

The news comes a day after Pakistan's Aviation Minister Ghulam Sarwar Khan said that he hoped that the ban on Pakistan International Airlines flying to Europe would be lifted soon. While speaking to media from his home town of Taxila, Pakistan’s top aviation minister said the Europeans worry about how commercial pilots in Pakistan got their licenses had been addressed. He also took the opportunity to tell the press that eight new planes were being inducted into the Pakistan International Airlines fleet.

In another move to get the ban lifted, PIA CEO, Air Marshal Arshad Malik, wrote a letter to the European aviation authorities asking for Pakistan’s national flag carrier to be granted provisional permission to resume European operations. EASA rejected the proposal saying that the pre-conditions for lifting the ban had not yet been met and that an audit of the CAA would be necessary before they would consider lifting the ban. The European safety agency said that their experts had examined all the submitted materials and supporting arguments related to PIA’s Safety Management System (SMS).

In the European Union Aviation Safety Agency letter to Pakistan Airlines, English-language daily newspaper Pakistan Today quotes EASA as saying the following: "Reg­arding the lack of confidence in certification and oversight activities performed by the Pakistani CAA, which was the second aspect that led to the suspension of Third Country Operator Authorisation, the investigation performed by the European Commission and by the ICAO have not yet been concluded. Consequently, as all preconditions to lift the suspension are not met and, as an audit will be necessary, the agency decided not to revoke your Third Country Operator (TCO) authorization but to extend the suspension period by additional three months….”

The European Union Aviation Safety Agency (EASA) had suspended the PIA’s authorization to operate in European Union in July over concerns that many PIA pilots were flying with fake pilot licenses.

Following the crash of Pakistan International Airlines Flight 8303 near Karachi in May that killed 97 passengers. It was concluded that the cause of the Airbus A320 crashing was the result of human error. While talking about the crash in Parliament, the country’s aviation chief said that as many as one-third of PIA’s pilots were flying with fake licenses.

Europe’s decision to ban PIA from its airspace came as a huge blow to the airline, which was already under scrutiny due to uncovered pitfalls in the Pakistani aviation industry. While this has all been financially troubling for PIA, international airlines have stepped in to make up for the loss of PIA flights.

Earlier this month, Virgin Atlantic launched its first direct flights between London and Pakistan, while British Airways increased its number of flights to Islamabad and Lahore.