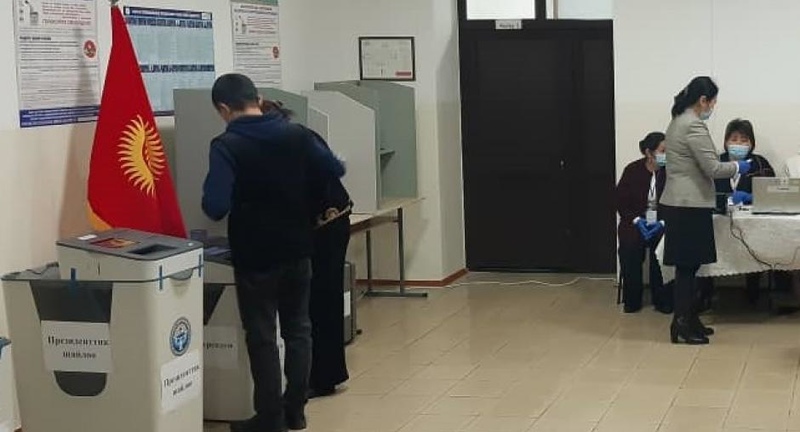 The international election observation mission is a joint undertaking of the OSCE Office for Democratic Institutions and Human Rights (ODIHR) and the OSCE Parliamentary Assembly (OSCE PA), with ODIHR additionally observing the referendum that took place alongside yesterday’s election. While all candidates were largely able to campaign freely and fundamental freedoms were generally respected, the campaign was dominated by the former acting president, whose financial and organizational resources were far greater than all other contestants, the observers found.

“The past months have been dramatic for the people of Kyrgyzstan and chaotic for its politics, but yesterday we saw a generally well-run process,” said Peter Juel-Jensen, Special co-ordinator and leader of the short-term OSCE observer mission. “However, if Kyrgyzstan is going to live up to the aspirations of its people for a functioning democracy, fully fair competition on a level playing field is critical. This was not the case here.”

Approximately 3.5 million people were eligible to vote in the presidential election, which were called early after last year’s parliamentary vote was annulled following claims of fraud. Both the early presidential election and the referendum were generally well organized by the election administration. Citizen observers were able to participate actively throughout the process. Election day was calm and well managed, although voting secrecy was not always maintained and there were cases in which health safety measures in connection with the Covid-19 pandemic were not followed.

The legal framework has been amended several times since the last presidential election, addressing some previous ODIHR recommendations. However, the laws on elections and referenda revealed gaps and ambiguities requiring regulation. In addition, efforts to prevent vote buying by banning voters from temporarily changing their voting address created obstacles for some 300,000 citizens to take part in the election.

While candidates could generally campaign freely, only the former acting president’s campaign could be seen throughout the country. Differences in the campaign funds available to candidates increased the imbalance in scope and visibility of the campaigns. Overall, there was little policy debate during the presidential campaign, with discussion focused more on the personalities of the candidates.

“The political environment has evolved rapidly recently, but it was clear early on that this election was dominated by Sadyr Japarov, whose visibility and funding dwarfed all others,” said Reinhold Lopatka, head of the OSCE PA delegation. “While Kyrgyzstan has previously distinguished itself within the region for its level of political debate, discussion was more centred on personalities than programmes which may account for the relatively low turnout we have seen.

Despite a wide range of media outlets, there is little analytical or critical reporting amid excessive compensation claims in the courts for defamation charges, as well as the misuse of legislation designed to combat ethnic or religious hostility. At the same time, recent attacks on journalists have not been thoroughly investigated, creating an atmosphere of impunity and leading to self-censorship.

Although national legislation creates the basis for holding a referendum, it remains vague on important issues including the definition of a referendum campaign, registration deadlines, and referendum campaign financing, ODIHR observers noted. The vote taking place alongside yesterday’s election asked citizens to choose between a parliamentary and presidential system. While the campaign in support of the presidential model was conducted largely through the campaign of the leading candidate, doubts concerning its legal trajectory led some candidates to reject holding a referendum at all.

“While the referendum was well managed on the day, legal gaps particularly in the run-up to the vote raised concerns,” said Tamás Meszerics, Head of the ODIHR limited election observation mission. “We also saw that resources and outreach opportunities of the contestants in the referendum campaign were limited. This diminished the voters’ opportunities to make an informed choice, which is a serious shortcoming.”

The international election observation mission to the early presidential election in Kyrgyzstan totalled 84 observers from 24 countries, including 40 ODIHR-deployed experts and long-term observers, and 44 parliamentarians and staff from the OSCE PA.