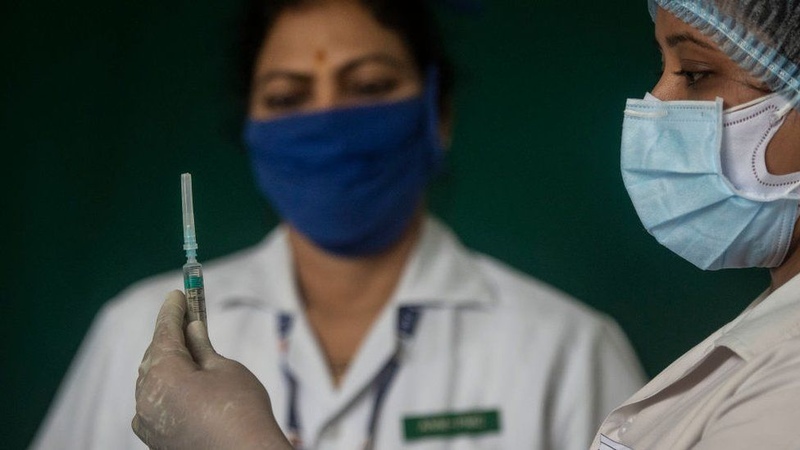 AKIPRESS.COM - Indian government announced that it will launch its vaccination drive against the coronavirus on January 16, BBC reported.

Prime Minister Narendra Modi called it a "landmark step" and said the aim was to vaccinate 300 million people by July. India has a population of 1.3 billion. Healthcare staff and frontline workers will be among the first to receive doses, he added.

"Starting that day [16 January], India's nationwide vaccination drive begins,” Modi tweeted on Saturday. "Priority will be given to our brave doctors, healthcare workers [and] frontline workers.”

The country's drugs regulator has approved two vaccines - one developed by AstraZeneca with Oxford University (Covishield) and one by Indian firm Bharat Biotech (Covaxin).

India's Drugs Controller General, insisted Covaxin was "safe and provides a robust immune response”. "The vaccines are 100% safe," he said, adding that side effects such as "mild fever, pain and allergy are common for every vaccine”.

The country will begin exporting locally-made coronavirus vaccines within a fortnight of their launch, a foreign ministry official has recently told the BBC. The official dismissed reports that India would ban exports of vaccines it is producing to meet local demand.

India makes about 60% of vaccines globally and many countries are eagerly waiting for it to begin shipping doses.

The foreign ministry official confirmed that India's plan to help other countries was on track."Within a fortnight of the rollout of the vaccines, we will allow exports to some of our South Asian neighbours. Some of these exports will be paid by us as gifts, and the others will be supplied at roughly the same price the government will be buying the vaccines at.

"India is completely conscious of its commitments to neighbours and the rest of the world as the world's biggest vaccine maker.”

The CEO of the Serum Institute of India, which is manufacturing the Oxford/AstraZeneca vaccine in India on Tuesday told BBC, his firm was allowed to export the vaccine for government immunisation programmes abroad, and expects to deliver on agreements with Bangladesh, Saudi Arabia and Morocco in the next few weeks.

Nepal and Bangladesh, are primarily depending on the SII to start vaccinating their populations. Bangladesh had already approved procurement of 30 million doses of Covishield Covid-19 vaccine from India.

Geraldo Barbosa, Head of the Brazilian Association of Vaccine Clinics (ABCVAC), who will lead a delegation to India departing on Monday, said a memorandum of understanding has already been signed with Bharat Biotech.