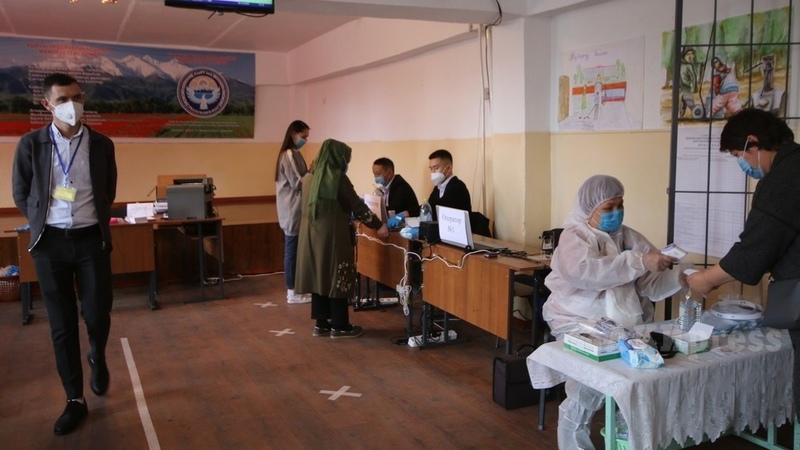 AKIPRESS.COM - The European Union has welcomed the orderly and well-administered presidential election of 10 January 2021 in the Kyrgyz Republic, especially in light of the challenges posed by the COVID-19 pandemic in the statement released on January 11.

According to the preliminary findings and conclusions of the Organisation for Security and Cooperation in Europe Office for Democratic Institutions and Human Rights (OSCE/ODIHR) Limited International Election Observation Mission, there was, however, an uneven playing field for the candidates, abuse of administrative resources and violations of campaigning procedures. Voter turnout was also relatively low. The Kyrgyz authorities should further improve national legislation on elections by implementing the recommendations of the OSCE/ODIHR, the statement said.

The presidential election is an important step to return the country to political stability. As a long-standing partner, the European Union remains committed to supporting the Kyrgyz Republic in promoting social and economic development, good governance, the rule of law, and the fight against corruption. The EU encourages the future President to work with all parts of society and further strengthen the Kyrgyz Republic’s universal obligations towards human rights and fundamental freedoms, as well as to respect its international commitments.

In the referendum on the future political system, Kyrgyz voters supported the introduction of a presidential model of governance. The new constitution must ensure that the presidential system continues to fully respect democratic principles, in line with its international commitments. Ongoing discussions should be inclusive and transparent.

The EU has called for the parliamentary elections to follow as soon as possible and encouraged further cooperation with the OSCE/ODIHR, recalling that inclusiveness and pluralism must be respected, including by maintaining a dialogue with civil society