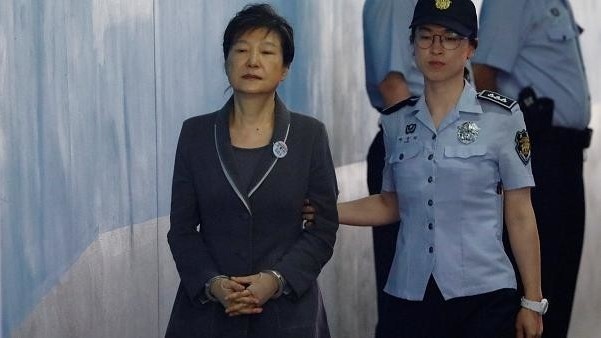 AKIPRESS.COM - South Korea’s top court has upheld a 20-year jail sentence for former President Park Geun-hye over bribery and other crimes as it wrapped up a historic corruption case that marked a striking fall from grace for the country’s first female leader, Al Jazeera reports.

The verdict on Thursday brought end to the legal process, clearing the way for a presidential pardon, which her supporters have called for.

The daughter of military strongman Park Chung-hee, Park was convicted of colluding with her longtime confidante, Choi Soon-sil, to take millions of dollars in bribes from some of the country’s largest business groups, including Samsung, between 2013 and 2016.

She was also indicted on charges of accepting monthly funds from her spy chiefs that were diverted out of the agency’s budget.

Park became South Korea’s first democratically elected leader to be thrown out of office when, in 2017, the Constitutional Court upheld a parliament vote to impeach her over a scandal that also landed the heads of two conglomerates in jail.

Her case has been heard in different courts, including a retrial in July last year, but the Supreme Court’s ruling on Thursday to uphold a 20-year jail term and a fine of 18 billion won ($16.38m) exhausts her legal avenues.

She has refused to attend her trials since October 2017 and did not attend Thursday’s ruling.

The end of the legal process makes her eligible for a special presidential pardon, a looming possibility as the country’s deeply split electorate approaches the presidential election in March next year.

“President Park Geun-hye is innocent,” the right-wing Our Republican Party said in a statement.

“The members of Our Republican Party want President Park to be freed as soon as possible.”